Among the loose ends that lawmakers would like to tie up before the end of this lame-duck session is the farm bill, which is made up mostly of crop subsidies and food stamps.

The last farm bill expired in September. The Senate has passed a new one; the House has not. Farm-state lawmakers are urging leaders to include a farm bill as part of any budget deal to avert year-end tax increases and spending cuts.

But not everyone thinks that's a good idea.

Among those pushing for action on the farm bill is the Connecticut-based nonprofit Wholesome Wave. On its website, founder Michel Nischan talks about one of the ways Wholesome Wave encourages inner-city residents to buy fresh vegetables and fruits: It doubles the value of their Supplemental Nutrition Assistance Program, or SNAP, benefits — formerly known as food stamps — for produce bought at farmers markets.

"We're most known for our double-value coupon program," he says. "It's the most popular because it just has such a great impact when we go into communities."

Nischan is a chef and restaurateur by trade. His business partner was the late Paul Newman. He says the farm bill is important for SNAP recipients and farmers.

"We see this poverty-alleviation program that works so well actually supporting small and midsize farmers, who are classic American small businesses, and the farm bill obviously is very relevant to that," he says.

The SNAP component is the biggest chunk of the farm bill. But it's not only food-stamp recipients and small and midsized farmers who benefit from a farm bill. So, too, will the big farmers who plant crops like corn; they get subsidies in the measure.

And that's one reason why Scott Faber of the Environmental Working Group says Congress shouldn't toss a farm bill into some kind of giant package aimed at avoiding the fiscal cliff, which would very likely stifle debate and amendments.

For one thing, Faber says, farmers are thriving these days and don't need federal subsidies.

"By any measure, farmers are doing extraordinarily well," he says. "There's never been a time in our history where farm businesses have done as well as they are doing this year. And so that's why it just kind of boggles the mind that both the House and the Senate would propose to give farmers new entitlements."

Faber's group is part of an unusual coalition of right- and left-leaning groups that wrote to lawmakers this week saying that "budget gimmicks and back room legislating is part of what got the country into this fiscal mess."

Christine Harbin of Americans for Prosperity, a conservative group backed by the Koch brothers, says the coalition is "very important, because although we may disagree on a variety of other issues, one thing we can agree on is that bringing up a farm bill during a lame-duck session is not the way to go."

But backers say reforms in the Senate farm bill would save money, by ending payments to farmers for not planting crops or when prices are rising.

Oran Hesterman, president of the Fair Food Network, which advocates sustainable agriculture, says farmers do need insurance for when times are not so good.

"The safety net that's being put into place if we get this new farm bill is exactly what we need," Hesterman says. "Because when prices are good, we won't spend money on it. When prices are down or there are disasters — natural disasters that farmers face — there will at least be policy in place to have a safety net underneath those farmers."

Backers say savings in the Senate bill would reduce the deficit by some $23 billion, a good reason to include it in a fiscal cliff package. Opponents say those savings are exaggerated and wouldn't take hold for years. 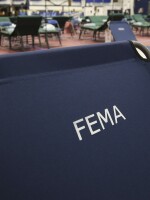