#NPRreads: 3 Stories To Linger Over This Weekend

#NPRreads is a weekly feature on Twitter and on The Two-Way. The premise is simple: Correspondents, editors and producers from our newsroom share the pieces that have kept them reading, using the #NPRreads hashtag. Each weekend, we highlight some of the best stories.

What happens after a mass shooting when everyone else is ready to move on. Important work from @elisaslow. #NPRreads https://t.co/BGs8SwGQqX

The Washington Post's Eli Saslow documents the struggles of Cheyeanne Fitzgerald, 16, the youngest victim and survivor of the mass shooting in Roseburg, Ore. The sensitivity, the details, the focus on Cheyeanne's mom: it's an incredible piece of journalism.

"She had been the youngest one shot on just her fourth day of college, and she was also one of the survivors in the worst shape: Lung punctured. Kidney pierced. Ribs cracked. Nerves compressed. Stomach stapled. Abdominals torn. She couldn't yet sleep flat in bed, or walk unassisted, or do much of anything beyond lie in the recliner on her left side. 'Very lucky, considering,' was what she had been told by one trauma medic, who specialized in treating soldiers after combat. But Cheyeanne had signed up for Writing 115, not a war, and the idea of luck hadn't occurred to her yet.

" 'Do you want me to call someone to come sit with you?' Bonnie asked.

"For me, whiteness is not an identity but a moral problem." - Eula Biss #nprreads https://t.co/qdzu81qkK7

"For me, whiteness is not an identity but a moral problem."

Now, if that pull-quote doesn't entice you to read Eula Biss's New York Times magazine essay "White Debt," I'm not sure a short blurb from me will persuade you. But here goes.

Biss opens by writing about the kind of debt a good chunk of NPR fans will get — the debt of homeownership — the sort of debt that, she writes, "is surprisingly comfortable" and "easily forgotten."

Biss goes on to state that "illusion of ownership" depends on another kind of forgetting: "forgetting the redlining, block busting, racial covenants, contract buying, loan discrimination, housing projects, mass incarceration, predatory lending and deed thefts that have prevented so many black Americans from building wealth the way so many white Americans have, through homeownership."

For Biss, whiteness and its privileges have come at the expense of black people -– a debt perhaps easily forgotten, but which, Biss writes, is costing her "moral life."

"White Debt" will afflict the comfortable and comfort the afflicted. So there's something for everyone. Happy reading!

Sports are wonderful — but they can also be greedy, cruel, racist, corrupt, misogynistic and unfair.

This article is a collection of reflections from soccer writers, each describing the moment when "the beautiful game" lost its innocence for them.

One writer cited the murder of Colombian star Andrés Escobar in 1994 as the moment "football died." Another described the sinister way commercial interests dominate Austrian soccer. A third recalled being caught up in a violent riot after an English national team game in Poland.

For me, the realization about the duality of sports came in the early 2000s when I learned about steroid use in baseball. I was about 7 years old, and my older brothers had trained my sister and me to recite the Orioles' roster by position. I was obsessed with collecting baseball cards, and I was excited about our family's visit to baseball's Hall of Fame in Cooperstown, N.Y.

I don't remember much about the museum, but I do remember how I felt when I learned that some players used illegal drugs to get an edge: betrayed. It changed the way I looked at baseball, and at sports in general. 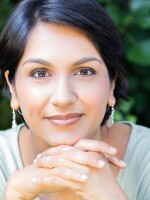