This week on 12th Street Jump we celebrate the birthdays of Hank Jones and Eddie Jefferson.

Henry "Hank" Jones (July 31, 1918 – May 16, 2010)[1] was an American jazz pianist, bandleader, arranger, and composer. Critics and musicians described Jones as eloquent, lyrical, and impeccable.[2]In 1989, The National Endowment for the Arts honored him with the NEA Jazz Masters Award.[3] He was also honored in 2003 with the American Society of Composers, Authors, and Publishers (ASCAP) Jazz Living Legend Award.[4] In 2008, he was awarded the National Medal of Arts. On April 13, 2009, the University of Hartford presented Jones with a Doctorate Degree for his musical accomplishments. - Wikipedia

Eddie Jefferson (August 3, 1918 – May 9, 1979) was a celebrated jazz vocalist and lyricist. He is credited as an innovator of vocalese. (Jefferson himself claims that his main influence was Leo Watson 27/2/1898-02.5/1950. see Wikipedia entry), a musical style in which lyrics are set to an instrumental composition or solo. Perhaps his best-known song is "Moody's Mood for Love", though it was first recorded by King Pleasure, who cited Jefferson as an influence. Jefferson's songs "Parker's Mood" and "Filthy McNasty" were also hits.-wikipedia

On the funny side of things, we talk to guitarist Frank Singer about the good times in Erie, PA and later, the heat wave gets a theme song.

Song List:
Just Squeeze Me
Ruby My Dear Ce
Love Walked In
Now Is the Time
Soft and Furry
Over the Rainbow
You Came a Long Way from St. Louis
Dat Dere
Benny’s from Heaven 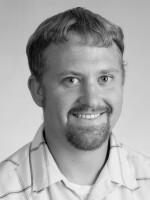 Chris Prewitt
Chris Prewitt joined KCUR in October of 2005 through a support agreement with UMKC Information Systems Department. Besides taking care of all of the computers and servers, Chris helps out on remote broadcasts, schedules underwriting and fills in anywhere he can.
See stories by Chris Prewitt
Latest Stories
Hey, thanks for reading.
KCUR serves the Kansas City region with essential news and information.
Your donation today keeps local journalism strong.
Donate Now