Although Wichita has a long history, and an ongoing manufacturing base, in aerospace, Kansas didn't make the cut for the new agency.

Kansas will not be the final frontier for the U.S. Space Command headquarters.

The U.S. Air Force released its six finalists for the command’s future home this week, and Wichita, Derby, Leavenworth and Kansas City were not on the list. They were among 31 cities nationwide to submit bids last fall.

A final decision is expected in January after the U.S. Department of Defense conducts virtual and in-person site surveys.

The Space Command currently has 1,400 military and civilian personnel working in its headquarters. The newest military branch was created last year by President Donald Trump. According to its mission statement, it would conduct "operations in, from, and to space to deter conflict, and if necessary, defeat aggression, deliver space combat power for the Joint/Combined force, and defend U.S. vital interests with allies and partners."

When the Kansas bids were announced, Gov. Laura Kelly said the state would direct the necessary resources to help the bids move forward. 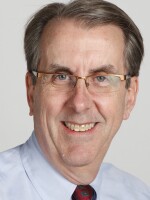 Tom Shine
Tom is the Director of News and Public Affairs. He joins KMUW after spending 37 years with The Wichita Eagle in a variety of reporting and editing roles.
See stories by Tom Shine
Latest Stories
Hey, thanks for reading.
KCUR serves the Kansas City region with essential news and information.
Your donation today keeps local journalism strong.
Donate Now