Amtrak May End Passenger Rail Service In West Kansas. Moran: “Amtrak Is Not Doing Its Job”

Amtrak may end passenger rail service through Dodge City, Garden City and destinations to the west.

The agency told a congressional delegation last week that it might shut down parts of the Southwest Chief route that runs across Kansas on its way between Chicago and Los Angeles. That news followed ongoing disputes about track maintenance and upgrades.

Amtrak told Congress ridership on the line has been falling in recent years, and that the service loses about $50 million a year. But U.S. Sen. Jerry Moran, a Kansas Republican, said that’s not the point.

“Amtrak is not doing its job,” Moran told the Kansas News Service on Thursday. “It was created to support long-distance passenger rail service, and it ought to be much more supportive of the Southwest Chief than it is today.” 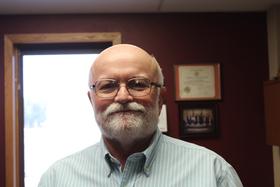 Steve Cottrell, assistant to the City Manager of Garden City, said cities on the route have helped maintain the tracks. He’s taken aback that despite that Amtrak may still end service between Albuquerque and Dodge City.

“All of these communities for the last several years have been putting in funding, working with Amtrak,” said Cottrell. “We're shocked, concerned. We don't want to lose our service, it's a key link for all of our citizens.”

Amtrak suggested replacing the train service between the two stations, but Cottrell thinks such a stop-gap would just be the beginning of the end for the line.

“Are these people that ride the trains to go on vacation just going to start driving?” said Cottrell. “Replacing it with a bus line that takes you somewhere that you catch the train, it’s not the same.”

Moran said the bussing proposal signaled a lack of commitment to the Southwest Chief.

Amtrak is expected to release an updated analysis on the Southwest Chief in July. 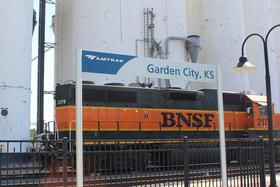 In the meantime, Moran said he’s put holds on nominations to Amtrak’s board. He and Senator Tom Udall, a New Mexico Democrat,  have put language in the appropriations bill for Amtrak requiring the agency to consult with communities along the route before changing service.

“We are going to do everything we can to see that we reverse the direction that Amtrak is headed,” Moran said.

Investigators with the National Transportation Safety Board say an agricultural truck collided with railroad tracks near Cimarron, Kan., prior to an Amtrak train derailing in the same area.

Amtrak Opens The Door To Writing On The Rails

What would you do with $50 million?

Kansas City Chief Innovation officer Bob Bennett would incorporate autonomous vehicles into public transportation, enable your car to connect with other vehicles, and create a “smart” Prospect bus line that’s Wi-Fi enabled and can sense what’s going on around it.