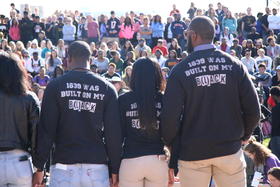 Following Tim Wolfe’s resignation Monday, Concerned Student 1950 held a news conference at Traditions Plaza to talk about the university’s action, and to voice their reactions.

Deshaunya Ware, one of the original 11 members of Concerned Student 1950 noted that the news conference should be used to discuss answers for the issues with the system, rather than pointing more fingers.

“We criticize Mizzou because we love Mizzou,” Ware said. “That’s why we’re critiquing this, because we want change, we want progression, we want inclusivity.”

Much of the discussion presented by Concerned Student 1950 about what the university should do moving forward paralleled their list of demands released earlier in October. 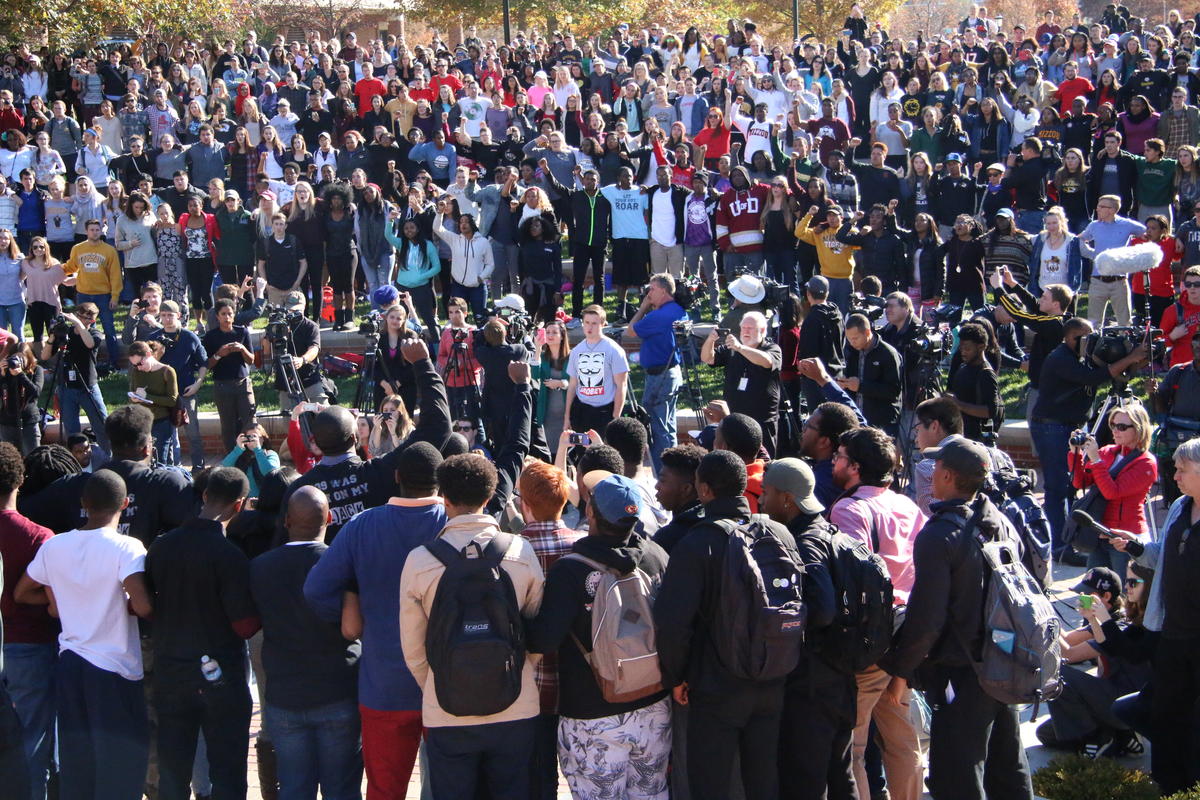 Group leaders added that they wanted to see efforts made to include more African American students in the selection process for the UM System president. They also said that they’d like to see African American professors make up 15% of the professor population, five percent higher than originally presented in their letter to the University.

Jonathan Butler, another one of the original 11 members of Concerned Student 1950 and the student who went on the hunger strike says although the event could be seen as celebratory, it should be used to remind the university about the task ahead.

“I definitely want to make sure that everything is centralized about the message of why we got here,” Butler said. “Please stop focusing on the fact of, ‘The Mizzou Hunger Strike’ itself. Look at, ‘why did we have to get here in the first place?’ We had to struggle and fight the way that we did.”

Butler also noted that this struggle was one of intersectionality, and thanked Planned Parenthood, the Mizzou Faculty and the Forum on Graduate Rights in his address.

“I think the greater message in all of this is to still focus on how the administrative response has been so reactionary,” Butler said. “We shouldn’t have gotten to this point where differing demographics within our university. It’s the sole fact that we’re all facing different struggles. One struggle isn’t greater than the other.” 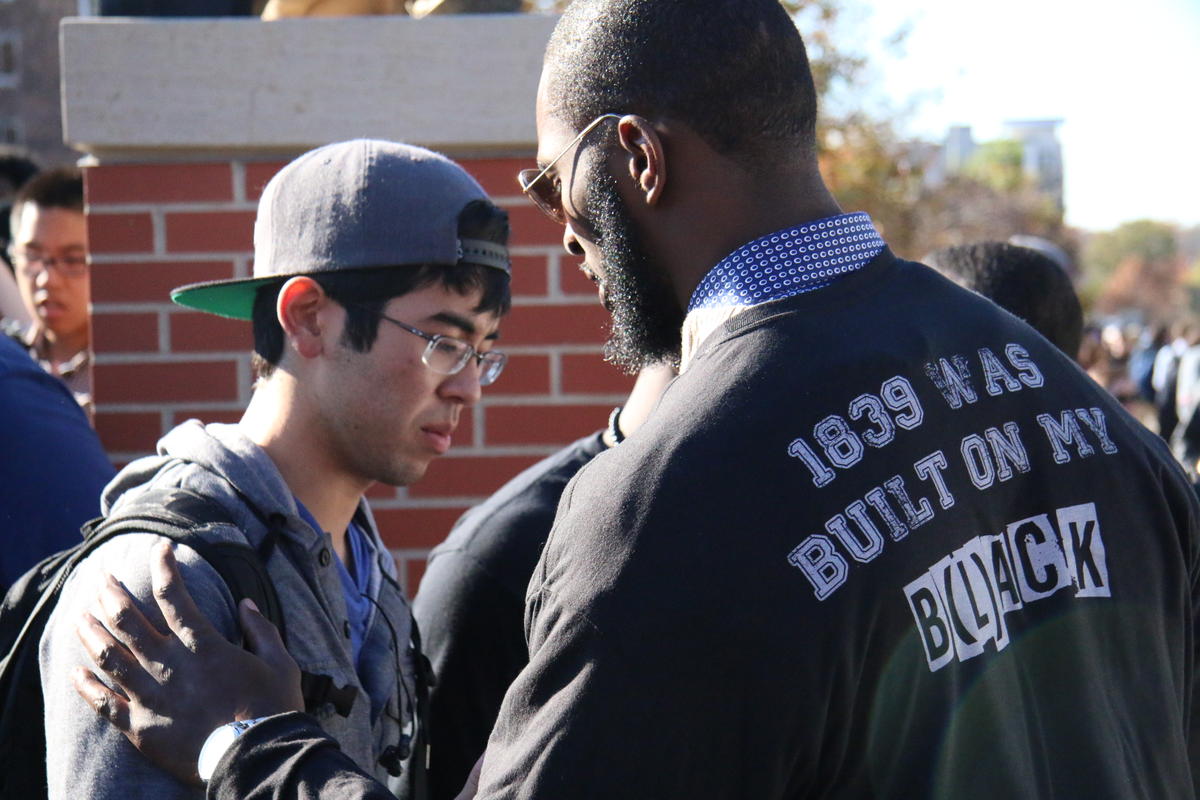 Ware also recognized that this movement should act as a signal to other students feeling oppressed at their respective universities.

“To all of the campuses around the world, this is only the beginning,” Ware said. “You don’t have to settle for anything less than what you deserve, because we deserve to come to institutions where our minds evolve. We deserve to be at institutions that not only recognize our black and brown existence, but also campuses where our existence is not up for debate.”

Concerned Student 1950 said that their next step would be contacting the Missouri Republican Gubernatorial Candidates in order to see what they’d do in order to improve the campus climate.