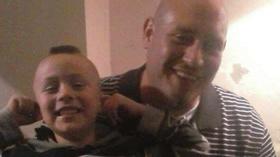 The Kansas Senate has passed a bill that increases the penalties for people who make “swatting” calls.

The bill was sparked by a swatting incident in December in which Andrew Finch was killed by Wichita Police responding to a fake call about a hostage situation at his address.

Swatting involves making a false 911 call to draw law enforcement to an address.

Finch was shot when he came onto his porch to investigate the police activity outside. Police have said Finch disobeyed police commands and was reaching towards his waistband when he was shot.

An investigation into the shooting by the Sedgwick County District Attorney continues.

The man who made the call, Tyler Barriss, is awaiting trial on charges of involuntary manslaughter, giving false alarm and interference with a law enforcement officer.

The new bill — named the Andrew T. Finch Act — stiffens penalties for making an unlawful request for emergency services and for using an electronic device or software to conceal or disguise the caller’s identity.

It also increases the penalties if someone is injured or killed during the incident by emergency responders. If someone dies, the person who made the fake call could be charged with a homicide.

If a person is charged with a crime, the bill would prohibit a defense in court that blames others — such as police — for the injuries.

The bill was introduced last month by Reps. John Carmichael and John Whitmer of Wichita and Patty Markley of Overland Park. It passed the House in February and now awaits Gov. Jeff Colyer’s signature.

To contact KMUW News or to send in a news tip, reach us at news@kmuw.org.

Tyler Barriss, 25, suspected of phoning in a false 911 call that led to a police raid and the fatal shooting of a father of two, was arrested Friday afternoon in South Los Angeles, a Los Angeles Police Department spokesman tells NPR.

Barriss is being held in a Los Angeles County jail without bail, according to LAPD Officer Mike Lopez.

The Wichita Police Department says the fatal police shooting that killed a man in late December started with a prank phone call, commonly referred to as swatting.

In swatting cases, callers utilize technology to make 911 calls appear local—also known as spoofing—and then report a false emergency at a victim’s home to get a strong police and SWAT team response, which is where the term gets its name. The harassment is often associated with the dark corners of online gaming.

There are more than 7,000 911 centers in the U.S. and, according to the National Emergency Number Association, they receive about 600,000 calls a day. Authorities don't track swatting calls nationally, though the FBI has been monitoring the practice of those types of fake calls for about a decade.