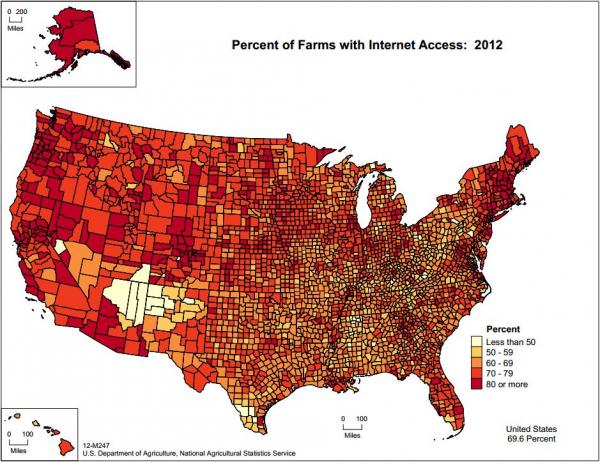 Remember that scene from the 1979 movie The Jerk where Steve Martin’s character leaps with glee over the delivery of new phone books? That same sequence plays out every five years when the U.S. Department of Agriculture drops its agricultural census and ag data nerds everywhere rejoice.

The close to 700 page report gives a snapshot of the country’s farm economy and culture, counting everything from quails to maple syrup taps to lambs to berry patches. The census also delves into the lives of the people who make the farm economy run, asking their age, gender and race, giving a peek into who exactly is growing the food we eat and how they’ve changed over the decades.

Here are five takeaways from the latest census, released May 2. 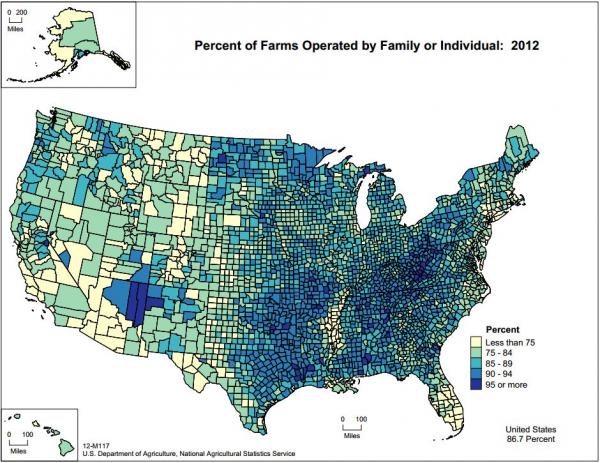 If you pay any attention to conversations about agriculture, you’ve probably heard the tired proclamation of America’s farms going corporate. Well the numbers don’t bear it out. More than 90 percent of U.S. farms are owned by a family, individual or partnership. Less than ten percent is owned by a corporation. 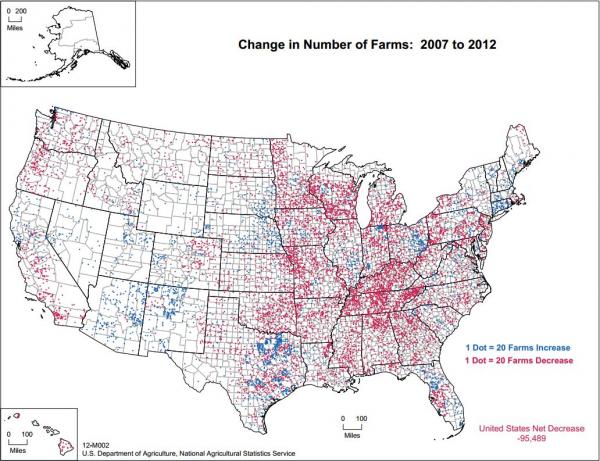 The latest agricultural census shows a trend of the disappearing number of farms in the U.S. From 2007 and 2012, about 95,000 American farms shuttered, while at the same time the average size of the American farm increased. In Colorado, the biggest drops came from the Eastern Plains, while the Western Slope saw new farms pop up.

Old Farmers In The South, Young Farmers The North 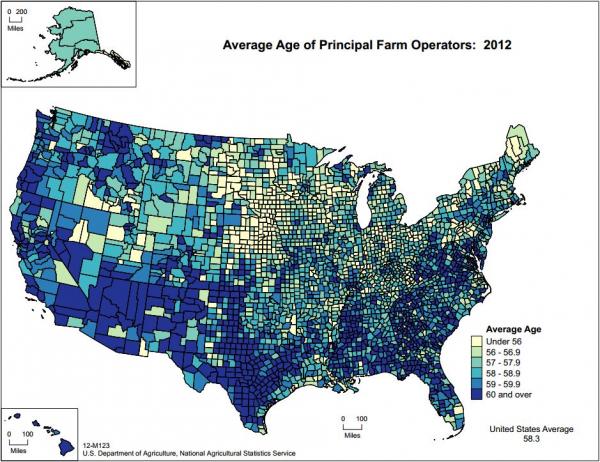 Another long term trend born out by this census is that of the aging American farmer. It’s been happening for decades. Each census the average age creeps higher and higher. This year it’s at just over 58 years old. The map shows, though, that older farmers tend to live in the South and West, while the Northern states have a lower average age, indicating more young farmers are taking the reigns. 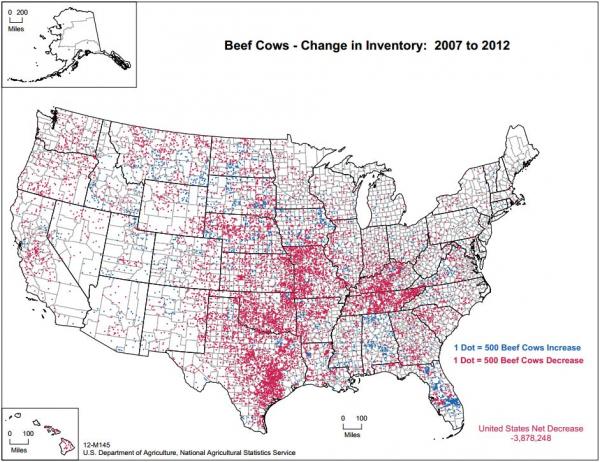 This census includes data collected during the epic drought of 2012. That drought baked corn stalks and withered alfalfa fields, making it a lot tougher to raise cattle. Market signals told ranchers to sell, and high feed costs made it hard to build up their numbers, leaving the American cattle herd at its lowest point in decades. Between 2007 and 2012, the U.S. beef cattle herd dropped by 3.8 million animals.

Higher Density Of Women-Run Farms On The Coasts 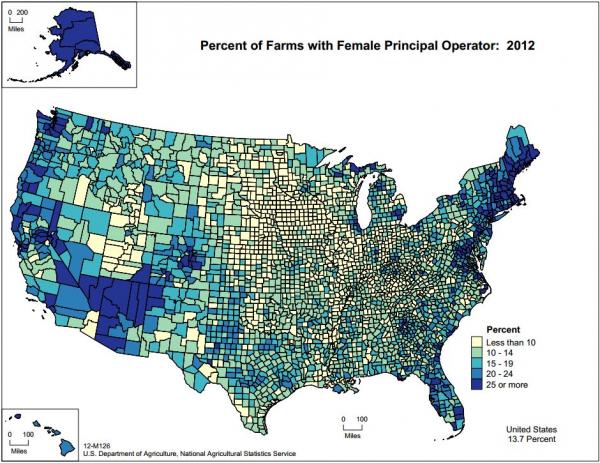 Female farmers have made inroads on the coasts, where in some places more than 25 percent of the farms in a given county are principally run by a woman. Colorado’s Front Range appears to be a hotbed for female-run farms. But overall, the number of female farmers in America declined from 2007 to 2012, dropping from more than 985,000 to 969,000.

The U.S. Department of Agriculture wants to green light a proposal that would allow imports of fresh beef from certain sections of Brazil, despite the South American country’s history of outbreaks of foot-and-mouth disease, a highly contagious pathogen that cripples cattle.

The number of farms in the U.S. is shrinking, according to the latest Census of Agriculture, released Friday. The census is taken every five years and shows the changing landscape for farmers.

Since 2007, the U.S. lost 95,000 farms, or about 4 percent. There was a similar drop in the number of farmers. But the number of Latino farmers grew by 20 percent, according to the Census. There are also more African American farmers.