Co-host Dan Margolies and Michael Stern, music director of The Kansas City Symphony, discuss the idea of comparing and contrasting the different fantasias, or fantasies in this program. What that means in music can be very specific, but it also allows composers to explore freely an idea without any strict adherence to form.

John Corigliano originally conceived of his Fantasia on an Ostinato as a solo piano piece, which he composed for the 1985 Van Cliburn International Piano Competition. Corigliano uses an ostinato, or a repeated musical phrase, for the second movement of Beethoven’s Symphony No. 7.

In the piece, Corigliano creates a musical sleight-of-hand where he has extracted two elements from Beethoven. One is the repeated ostinato that gives a life pulse to the entire movement, even when the actual rhythm is not heard.

Corigliano also does something with the harmonic map of the movement, inspired by the major/minor friction in Beethoven. In the end, Corigliano brings in Beethoven’s actual voice, and in so doing, comes back home to its essential starting place.

Max Bruch’s Scottish Fantasy dates from about 1880. Bruch had not been to Scotland, but came across a group of Scottish folk melodies that captivated him. There was no more German a composer than Max Bruch, but he departs from that and from the typical concerto with this more freewheeling form, this fantasy. It is a like a collage of snapshots made without first-hand knowledge of Scotland.

While it may not be the most profound piece ever written, it is immensely beautiful, incredibly tuneful and has an unquestionable rhythmic vitality. Stern describes the piece as technically challenging for the violin, but that Stefan Jackiw is one of the most gifted fiddle players around. “Boy did he make this piece his own,” Stern said. "Stefan knocked it out of the park. It was stunning." One of the challenges of this piece is to make it ring in terms of the purity of sound, intonation and clarity — and Jackiw does exactly that.

Hector Berlioz wrote Symphonie fantastique in 1830, just three years after Beethoven’s death. The date of the composition makes the impact of Berlioz’s legacy astonishing. Although he was not the most refined craftsman, there is an explosion of originality in every bar of this piece.

Berlioz was only 26 years old at the time, but already quite well known in Paris. He was a young man who was writing music that nobody had heard before. It was not just the use of the giant forces on stage, not just the sonic impact that it had, but it was the imagination that was so enormous and so outside the norm.

In 1830, there was a fundamental idea at the heart of romanticism that emotions were not to be idealized in art, but rather to be made real, personal and specific through the prism of the individual artist.

Great music is great music because it hits you on every level. If you do not know anything about the piece itself, but the performance is compelling, you will get hit. However, the more you know about this piece, the more you will realize how unbelievably creative Berlioz was in his musical manipulation of his ideas. They involve everything from his harmonic, instrumental and sound effect choices. It is movie music before the movies were even invented.

Symphonie fantastique was orchestrated for an enormous orchestra, including an enormous brass section that, in the fourth and fifth movements, really goes to town. The terrifying parts like the dance of the ghouls and goblins and the witches’ dance at the end are supposed to be swirling and terrifying. There is also a kind of delirium, drug-induced dream while he is at the ball that is an incredibly intimate piece of music for such a large orchestra. But Berlioz uses not one but two harps to set the color and tone, a world away from the bombastic end of the piece.

In the third movement, the shepherds call across the hills with an offstage oboe talking to the English horn. Also in this movement, the famous storm uses four sets of timpani to replicate thunder. All of this was light years away from Beethoven or anything that either French or German audiences had heard before.

In each of the movements, from the opening, through the ball, to the pastoral third movement, the march to the scaffold in the fourth movement, and the witches’ ball at the end, there are different, terrifying, diamond-etched scenes that have many strokes of incredible originality. 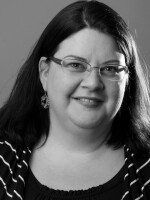 Dan Margolies
Dan Margolies is senior reporter and editor at KCUR. He can be reached by email at dan@kcur.org or on Twitter @DanMargolies.
See stories by Dan Margolies