Classical KC is excited for the 2020-21 Metropolitan Opera Radio Broadcast to hit our airwaves! Listen Saturdays from 12-2 p.m. on 91.9 Classical KC or online.

Over the course of nine decades, the Met’s Saturday Matinee Radio Broadcasts have brought opera into millions of homes and enriched the lives of many, winning dozens of awards for informative and entertaining programming that has played a vital role in the appreciation of opera. Now, one of classical radio’s longest-running productions is coming back to Kansas City. Classical KC will air the Metropolitan Opera Saturday Matinee Broadcast beginning on Saturday December 5th at Noon.

Stephen Steigman, Director of Classical KC, is excited about including the Met Broadcast in its weekly programming.

“Classical KC is thrilled to bring the Metropolitan Opera Saturday Matinee Broadcast to our listeners," Steigman says. "With no fewer than three opera companies, Kansas City’s opera scene is deep with talent. Many Kansas City singers have ended up on the stage of the Metropolitan Opera House," including hometown heroes like mezzo-soprano Joyce DiDonato, bass Scott Conner, and tenor Ben Bliss. "We look forward to hearing the world’s greatest musicians in the opera world brought to our region on Classical KC.”

Many of this season’s broadcasts showcase operas and stars originally scheduled for live performances in 2020-21. Host Mary Jo Heath and commentator Ira Siff return each week, and intermissions will include new interviews with artists, special features, and a virtual Opera Quiz.

The 2020-21 season begins Saturday December 5th with the 2002 Met radio debut of Anna Netrebko and a stellar cast including Dmitri Hvorostovsky in Sergei Prokofiev's War and Peace.

More information and a full schedule of encore broadcasts airing during the 2020-21 season can be found here. 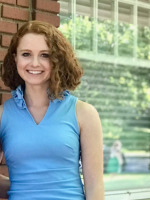 Leah Sosland
Leah Sosland is an intern for 91.9 Classical KC.
See stories by Leah Sosland
Hey, thanks for reading.
Classical KC serves Kansas City with 24 hours of classical music, day in and day out.
Your donation today keeps classical on the air and online.
Donate Now
Related Content