This week on Sound Currents, explore the darker shades of romance as we hear music inspired by heartbreak.

Anger, sorrow, hurt, betrayal — hear music that embraces the emotions that come along with the rollercoaster that is modern love and heartbreak.

This week's guest is composer and conductor Lee Hartman.

Scroll to the bottom to hear a bonus conversation with Lee, and be sure to answer this week's "favorite piece" poll!

Leander and Hero
VIII. Hero Finds Leander's Body and Will Not Leave His Side
IX. Postlude (The Cliffs)
by Hannah Lash
The City of Tomorrow

Ipsa Dixit - II. Only the Words Themselves Mean What They Say
by Kate Soper
The Wet Ink Ensemble

Bonus Content
Have you ever heard airhorns in a piece of music before? Lee talks about how he utilized the unconventional item in his work "Banshee Reels."

Did any pieces we included this week stand out to you?
Let us know using the form below! 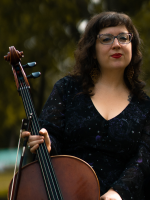 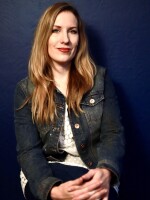 Sam Wisman
Sam Wisman is a Senior Producer for 91.9 Classical KC and a backup announcer for KCUR 89.3. Email him at samwisman@classicalkc.org.
See stories by Sam Wisman