From the Archives with Frank Byrne

From the Archives - Tribute to Queen Elizabeth II

The passing of Britain’s longest reigning monarch and one of the world’s most remarkable people merits a special show in her honor. We’ll hear music that she loved as well as music that was important in her life and role as Queen for 70 amazing years.

In light of Her Majesty’s passing and the cancellation, I’ve prepared a new special show in tribute to Queen Elizabeth’s long life and reign. I hope you’ll join me this Saturday, September 10 at a.m. and Sunday September 11th at 6 p.m. to honor the late Queen."

Praise My Soul, the King of Heaven
by John Goss
Owain Arwell Hughes with the Huddersfield Choral Society

God Save the Queen
Traditional/arr. Wood
James Loughran with the BBC Symphony Orchestra

Tags
From the Archives with Frank Byrne Classical KCMusicclassical music 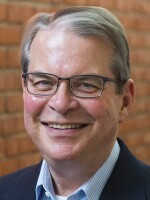 Frank Byrne
Frank Byrne is the host of From the Archives on 91.9 Classical KC.
See stories by Frank Byrne