The Jaipur Literature Festival in India is dubbed the largest literary event in the Asia Pacific Region. The event started over the weekend and wraps up tomorrow. It draws well-known authors and new writers from around the world, but this year the event is marred by controversy. Salman Rushdie, the British-Indian novelist, was scheduled to appear at the festival but he canceled his travel after a warning that hit men would be targeting him. Rushdie wrote "The Satanic Verses," which is viewed by some as blasphemous to Islam and which has banned in India for more than 20 years. MORNING EDITION commentator Sandip Roy is at the festival with tens of thousands of other people. And Sandip, thank you for joining us.

GREENE: Salman Rushdie was expected there on the schedule and then changes his plans. Tell us more about what happened.

ROY: Well, a prominent Muslim seminary here basically said that because of the old fatwa against "Satanic Verses," and because the book is banned, that Rushdie could not come, even though he was not coming to talk about "The Satanic Verses." And they threatened protests. The organizers said they tried really hard till the very last moment to ensure there was enough security for Rushdie to be able to come. But then on the first day of the festival, they said they had been given information by intelligence bureau that three hired assassins were on their way from Mumbai to Jaipur and Rushdie decided that he couldn't risk it and he decided not to come.

GREENE: Is it possible that these threats were just a hoax?

ROY: Well, Rushdie certainly thinks so. He's tweeted now that he had been lied to because the government basically did not want him to come to the festival and cooked up this story of these assassins. The Mumbai police said that they didn't really have any record of it, but the festival says that they did get the names of three assassins. So the net result is, hoax or not, Rushdie did not come.

GREENE: Even though he was not there, "The Satanic Verses" did play a role. I understand there were some authors at the festival reading from the banned book, which is illegal in India. What happened?

ROY: Well, they were asked to desist by the organizers because the festival says it was threatened with closure, and policemen showed up. And they weren't sure at one point whether the festival would open the next day or not. And as part of that, the authors were advised to leave town.

GREENE: Sandip, one person who did come to the festival is Oprah Winfrey. I'm curious about how the Indian media treated her visit.

ROY: Indian media treated her like real royalty. There was a real queen at the festival - the Queen Mother of Bhutan was here. But nobody paid much attention to her. Oprah Winfrey was very much the queen of the festival. And there was huge security. Streets were lined with policemen. People lined up at 6 a.m. in the morning for her to show up four or five hours later. And people were just deliriously excited about seeing - you know, it was like they were really witnessing royalty.

David Greene
David Greene is an award-winning journalist and New York Times best-selling author. He is a host of NPR's Morning Edition, the most listened-to radio news program in the United States, and also of NPR's popular morning news podcast, Up First.
See stories by David Greene 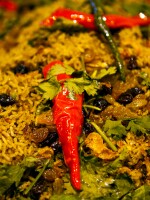