Cruisin' For Classic Cars On A Steamy Summer Night

At the heart of the small town of Milan, Ohio, there's a graceful and tree-lined town square. It makes a good gathering spot for the classic cars and trucks of decades past.

A 1923 T-Bucket Ford, a '77 Chevy El Camino, a '68 AMC AMX, a '46 Dodge truck, a '59 Ford Galaxie — they all keep arriving after 5 o'clock every Tuesday evening. As the owner-drivers park around the square, engine hoods go up, lawn chairs come out — and the admiration begins.

If the town's name sounds familiar, it's probably because Thomas A. Edison was born here in 1847. In Milan, they call him "the world's greatest inventor."

Don Gefell runs a shop in town called Sights and Sounds of Edison. He has an original Edison celluloid cylinder of Edison's actual voice, and occasionally takes it, and his phonograph, out to the square's gazebo to add to the festive mood.

Mike Inman is among those showing off his car on a recent steamy evening. "I brought a '62 Pontiac Catalina tonight — 421 lightweight," he says. "I think it's 550 horse[power]."

With temperatures floating around 100 degrees, Inman got up and went on the early side himself.

But even in the heat, it's good to sit under the shade trees, see your friends and listen to live music on the square.

Kelly Guseman, who owns a downtown shop that sells T-shirts and hats, helps the Milan Chamber of Commerce put Cruisin' on the Square together every Tuesday.

"Anybody can have a car show in a Dairy Queen parking lot," Guseman says. "But I think people really enjoy the town square and the old historic buildings. I mean, that's what really makes this car show."

In many ways, the show is like a baseball game. Milan merchants donate door prizes for the event, and if you bring a car to show, you can register to win. Tonight, Nancy Smith, proud owner of an '88 Chevy Camaro, wins a coupon from Jimmy's Pizza Box. The local Masons are grilling sausage, and attendees can also pick up a yellow perch sandwich from the Wonder Bar or burgers from the American Legion.

Wargo explains the shiny Chevrolet was her Great-Aunt Betty's car initially. She had it for 20 years, and then Wargo's father had it for 40. In its pristine condition, you could practically put it right back in the Chevy dealer's showroom.

People don't come to the square just for show and tell. Wargo and her husband would like to find a '67 Ford Mustang convertible to buy. And, on a cooler Tuesday summer night, they just might find it here — sometimes up to 120 vehicles show up for the classic car cruise-in. 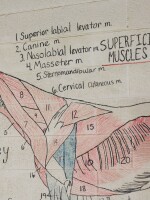 Noah Adams
Noah Adams, long-time co-host of NPR's All Things Considered, brings more than three decades of radio experience to his current job as a contributing correspondent for NPR's National Desk., focusing on the low-wage workforce, farm issues, and the Katrina aftermath. Now based in Ohio, he travels extensively for his reporting assignments, a position he's held since 2003.
See stories by Noah Adams
Latest Stories
Support news that matters in Kansas City
KCUR serves the Kansas City region with breaking news and powerful storytelling.
Your donation helps make non-profit journalism available for everyone.
Donate Now