A Missouri judge ruled on Tuesday that state election officials can no longer tell voters they must show a photo ID in order to cast a ballot. The ruling blocks part of Missouri's voter identification law.

Cole County's Judge Richard Callahan said the state cannot advertise that a photo identification is required to cast a ballot. "No compelling state interest is served by misleading local election authorities and voters into believing a photo ID card is a requirement for voting," he wrote in his ruling.

The Missouri General Assembly approved a constitutional amendment mandating voter photo identification in 2016. The state is one of 34 that requires voters to show some form of identification at the polls. The specific identification varies from state to state.

Reuters reports that according to Callahan's ruling, "state officials can no longer spread materials that say a photo identification card is required to vote or that voters will be asked to show a photo ID card, without specifying other forms of identification that voters may also show."

The ruling also forbids state officials from requiring people lacking photo identification to sign a sworn statement and present some other form of identification to cast a ballot. This would "impermissibly infringes on a citizen's right to vote as guaranteed under the Missouri Constitution," he wrote in his ruling.

Missouri secretary of state Jay Ashcroft has touted the law as a means of curbing voter fraud. He called the 2016 law simple in a press release earlier this year. "If you're registered to vote, you can vote," Ashcroft said. The St. Louis Post-Dispatch reports he has only confirmed one instance of voter impersonation in the state.

The Associated Press reports that Ashcroft says he believes a higher court will overturn the decision. 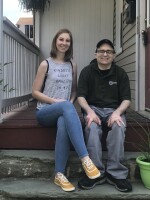