Living In A Camp By A Ruined City, They're Strangers In Their Own Land

"We came here because of hunger," she says. She'd heard she could get food in Bentiu from the U.N.

They arrived at a city that is now a wasteland. Almost every building was destroyed in 2014, as fighting raged among troops loyal to the government, the Sudanese People's Liberation Army and soldiers from the SPLA In Opposition.

Round traditional houses made of reed walls and thatched roofs were burned to the ground. Shops were looted and torched. Government offices were strafed with automatic weapons fire.

The destruction of Bentiu is part of the new phase of South Sudan's 2-year-old civil war. Most of the direct fighting has stopped. But in this country of roughly 10 million, the war forced an estimated 2.5 million South Sudanese from their homes. Crops were destroyed. Cattle stolen and slaughtered. Farmers driven from their land. Now the country faces an acute food shortage.

Many of the people who used to live in Bentiu now live down the road, in a massive U.N. Protection of Civilians (POC) camp. The site houses 120,000 people behind a cordon of dirt berms, razor wire and U.N. peacekeepers.

The POC is like a big square city on a desolate plain. Residents rely on international aid groups for water, schools, sanitation and a monthly ration of sorghum, lentils, cooking oil and salt.

Food from the U.N. is distributed in what used to be a Doctors Without Borders tuberculosis hospital. One day this past week, several hundred people, including Gutyua, were waiting to register for food aid.

Jorike Schmal, who heads the Doctors Without Borders clinic that reopened in November in Bentiu, says everyone in the town is now dependent on international food aid to survive.

Tavitha Nyaluak, 26, lives with her two kids and extended family in a reed and tarp shack in the Bentiu POC. Before the civil war, she was living comfortably in her own home. Now she's in a place that doesn't even feel like it's a part of her country.

She and the children go outside the camp every day to collect firewood to sell. She says it's dangerous and women are often raped while out searching for wood.

Both sides in South Sudan's civil war have been accused of brutal human rights violations during the conflict, including raping civilians, conscripting child soldiers and even cannibalism.

U.N. officials and aid workers say it is not clear when the people living in the camp will be able to return home. Both humanitarians and residents themselves are talking about this camp being here for years rather than months.

This week, U.N. Secretary General Ban Ki-moon visited South Sudan to prod both sides in the civil war to finally resolve their differences and form a government of national unity.

"I was here in 2011 as the flag of the new South Sudan flew high and proudly for the first time of this independent state," he said. "I saw in the faces of the people of this country all that the flag represented. The pride. The spirit. The hope. And, yet, tragically, that hope has been betrayed. It has been betrayed by those who put power and profit over people."

Ban visited one of the six POCs in south Sudan and denounced an attack last week on the camp in Malakal that left at least 18 people dead and forced nearly 30,000 from their shelters.

"The protection camps are not a long-term solution," he said. "As important as it is, humanitarian action can never be a substitute for political solutions. The government of South Sudan must step up to its responsibility and protect its population."

Until that happens, camp residents like Nyaluak are caught in a limbo. She came to the Bentiu POC because she feared she'd be killed by soldiers. Now she stays because she fears her kids could die of starvation if she leaves. 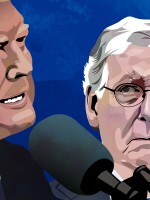