The Case For Republicans To Consider Merrick Garland's Nomination

It's called sticking to your guns to the noble and bitter end, and it's almost certainly what the Senate majority is going to do when it comes to refusing to even consider President Obama's nominee to the Supreme Court, Judge Merrick Garland.

But after the final presidential debate and, given the strong possibility that Hillary Clinton wins the presidency — unless something drastic happens — is this continued refusal to act on the Garland nomination a smart move for conservatives? After all, Garland is seen as a judicial moderate, and Clinton has not committed to renominating him if she wins.

There's a case to be made that if the GOP wants to salvage the most conservative possible Supreme Court in a year that could see not only a Clinton presidential win but a Democratic takeover of the Senate, it should consider Garland.

Jennifer Duffy at the Cook Political Report all but gives the Senate to Democrats, forecasting a likely pickup for them now of five to seven seats. (If Clinton wins, Democrats need to win four seats held by Republicans for a Senate majority; they need five if Trump wins.) FiveThirtyEight puts Democrats' chances of picking up the Senate at better than 66 percent, as of Wednesday night.

If the thought of Clinton having a nearly clear path to placing another Justice Ginsburg or Sotomayor on the court makes conservatives shudder, then the GOP Senate could look at the more liberal alternative train barreling down the tracks and accept the Garland compromise offered by Obama in the post-election "lame-duck session." (That's the two-month period after a new president, senators and House members are picked but before they officially take office.)

There's no indication, however, that Senate Majority Leader Mitch McConnell will do that. He has, in fact, vowed not to.

Judge Garland may not be everything a conservative would dream of, but he has a reputation as a judicial moderate and is renowned for his fairness and experience.

He has more federal judicial experience than any nominee in history. He also was a prominent federal prosecutor, overseeing the convictions of Oklahoma City bombers Timothy McVeigh and Terry Nichols.

That prosecutorial outlook often does show up in his decisions. When reviewing Garland's judicial career, SCOTUSblog's Tom Goldstein wrote, "Most striking, in 10 criminal cases, Judge Garland has disagreed with his more-liberal colleagues; in each, he adopted the position that was more favorable to the government or declined to reach a question on which the majority of the court had adopted a position favorable to a defendant."

Political considerations, of course, can come down to a matter of perspective. The grumbling heard from liberals when Obama nominated Garland to fill the late Justice Antonin Scalia's vacant seat would have been a lion's roar had the nomination been to replace a retiring liberal justice.

All this is to say that Garland has a reputation as a first-rate judge of the center left, who has the enormous respect of all his most conservative colleagues on the U.S. Court of Appeals for the District of Columbia, where he is the chief judge.

The dilemma for the Republican Senate is that there is certainly no guarantee that if the Democrats take the White House and the Senate, Garland will remain the new president's nominee. Clinton has urged the current Senate to take up Garland's nomination, but she hasn't indicated whether he would be her pick if she wins.

The first female president might want to nominate another female justice, perhaps one of color, and someone younger than the 63-year-old Garland. And there is no shortage of candidates more liberal than Garland, individuals likely more willing to quickly overturn some of the court's most conservative decisions.

Still, many of the previous conservative court's most controversial legal opinions cannot simply be reversed by the wave of a liberal wand. In 2013, for instance, the court all but gutted the Voting Rights Act, and those parts it struck down are dead unless Congress decides to re-enact them.

The same goes for the court's 5-to-4 decision in 2010 striking down the McCain-Feingold campaign finance reform law. But if there were a new voting rights act or a new campaign reform law, there is the very real possibility that, when it gets to the Supreme Court, a five-justice majority might uphold it, with or without Garland.

For the Republican leadership, the quandary is this: Having staked out what it sees as an ideologically principled, though historically unprecedented, position of stonewalling Obama's nominee for eight months, how does the GOP Senate reverse itself and maintain credibility with conservative supporters and voters in the aggregate? Is it even politically possible for the senators to liberate themselves from their previous commitment to the roll of the electoral dice?

If those dice come up snake eyes, if not only Clinton wins but the Democrats win control of the Senate, the GOP would have just a few weeks to confirm Garland in a lame-duck session. That's if McConnell and other Republican leaders reversed course to allow such a vote. Assuming they don't do that, what happens then?

The Republican senators have one last play: block a vote on whomever Clinton nominates by denying the new Democratic majority the 60 votes needed to end debate.

Having already stonewalled Garland, that's not the strong hand it might be in other circumstances. Indeed, there's every indication that the new Democratic majority could change the Senate's rules and allow a simple majority vote to confirm nominees for the Supreme Court.

Of course, if they did that, Democrats would have to live with that transformation the next time political fortunes shift — and they are once again reduced to the minority.

But after a year of Republican obstruction, it's a risk the new majority may well be willing to take. 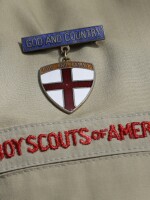