Deer hunters are helping out Missouri families again this year.

Since 1992, the Share the Harvest Program has collected more than 3.5 million pounds of venison from deer hunters across the state.

The program aims to lessen the burden of food insecurity for people by distributing deer meat to hundreds of food banks throughout the St. Louis region and statewide. It’s a collaborative effort between the Missouri Department of Conservation, the Conservation Federation of Missouri, meat processors, hunters and local organizations.

Joe Jerek, a spokesman for the Missouri Department of Conservation, said the program benefits both hunters and Missourians.

“Deer hunters love it,” Jerek said. “They get to help other folks out by donating their deer. The folks who need the meat are incredibly appreciative. And venison is a very lean, healthy, local, organic type of much needed protein.”

The deer are tested for chronic wasting disease, then sent to participating meat processors, where hunters have the option of donating all of the meat or a portion of it to food banks.

Jerek said it’s important for hunters to have their deer tested for the fatal neurological disease, also known as CWD, because it causes the breakdown of brain tissue in the animal. For most counties it’s not required, but in others it’s mandatory. Last year, a few cases of the disease were found in Jefferson and Franklin counties.

“For those deer, if they’re harvested at any of those 12 CWD counties, they can only be donated to Share the Harvest through certain participating processors,” Jerek said.

There is no conclusive evidence that CWD could be harmful to humans if consumed, but the Centers for Disease Control and Prevention advises against it.

Dan Zarlenga is the St. Louis regional media specialist with the department. He said more than anything, the meat is meeting a need. Often during the holiday season,  quality proteins are hard to find at food banks.

There's "not an abundance of fresh meat that’s being donated in these situations,” Zarlenga said. “You can get boxes of Hamburger Helper, but you need the hamburger or some kind of meat to go along with it, and this does provide that.” 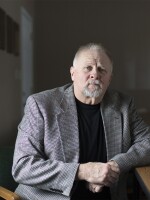 Marissanne Lewis-Thompson
Marissanne Lewis-Thompson joined St. Louis Public Radio October 2017 as the afternoon newscaster and as a general assignment reporter. She previously spent time as a feature reporter at KRCU in Cape Girardeau, where she covered a wide variety of stories including historic floods, the Bootheel, education and homelessness. In May 2015, she graduated from the University of Missouri with a Bachelor of Journalism degree in Convergence Journalism. She's a proud Kansas City, Missouri native, where she grew up watching a ton of documentaries on PBS, which inspired her to tell stories. In her free time, she enjoys binge watching documentaries and anime. She may or may not have a problem.
Overlooked
A new podcast from KCUR investigating Roger Golubski and corruption in the Kansas City, Kansas, police department.
Subscribe now
Latest Stories
Support news that matters in Kansas City
KCUR serves the Kansas City region with breaking news and powerful storytelling.
Your donation helps make nonprofit journalism available for everyone.
Donate Now