Even Though Doses Are Low, Older People In Kansas City Are Getting Help Finding Vaccinations

After Missouri opened vaccine eligibility to seniors and high-risk individuals over two weeks ago, local organizations have battled various obstacles trying to distribute the doses where they’re needed most.

James Watts was eager to travel again, to see his children and grandchildren.

This week, that dream inched a bit closer to reality when the 71-year-old from Kansas City got his first dose of the Moderna COVID-19 vaccination at the Linwood YMCA.

“I want to be able to see (family), with some protection,” Watts said. “For me to be mobile was the number one reason.”

Truman Medical Centers set up the vaccinations at the YMCA for elderly people who fall in Missouri’s latest phase of the coronavirus vaccination rollout.

The vaccinations at the Linwood YMCA are part of a patchwork of efforts by non-profit groups to make the vaccinations as widely, and fairly, available in various niches of Kansas City.

Watts also wanted to set an example for people he knows who worry about the vaccine’s safety.

“I’ve got friends here who are trying to get the shot,” he said. “They’ve had some trouble, and some of it is trouble in their mind.”

Leo Prieto, the executive director of the Linwood YMCA, said people who received the vaccine on Wednesday were overwhelmingly grateful.

“To see the look on their face, for us to be able to provide this kind of service, it’s a beautiful thing,” Prieto said. “Because this is life and death we’re talking about.”

The idea behind the clinic was to bring vaccines into the community for easier access, said Truman CEO and President Charlie Shields.

“Particularly with populations that are in that tier we’re in, over 65 who have health conditions, it’s a little tough sometimes to have access and get to the hospital to get a vaccination,” he said. “This kind of brings it to them.”

But not every organization has an established partnership with a major health care provider like Truman. Others have had a harder time getting members of their community vaccinated.

KC Shepherd’s Center is a nonprofit that provides services to help seniors stay active and get the care they need. Many of the center’s volunteers are elderly. Executive Director Janet Baker has been on the phone a lot lately, trying to set up a vaccine clinic.

“We’re not part of any big systems,” she said. “If I don’t keep hammering on the phone and trying to find partners or sources for vaccinations, nobody is going to be thinking about … the people we serve.”

But vaccine doses remain in high demand and short supply.

“It’s just the actual availability of the vaccine,” said Baker. “We just don’t have enough vaccines. That’s the bottom line.”

The best she’s been able to do is tell volunteers and clients about clinics put on by health care providers in the area. Some members of the center were able to get their first doses a couple of weeks ago through a clinic put on by KC Hospice, but others are still waiting or trying to navigate the sign-up process.

“It’s a systemic failure because while we don’t have enough vaccines,” Baker said. “We have a very patchwork system of providers who are trying to figure it out on their own.”

Take Terry and Cheryl Moran. The two volunteers at Shepherd’s Center are both 72 years old and have preexisting health conditions. Despite being eligible for the shots, they’ve had a tough time making an appointment to get the vaccine. They filled out the online vaccine surveys for both the Jackson County Health Department and Kansas City Health Department, but they never heard back. Meanwhile, other seniors they knew were getting vaccinated.

“It seemed like it was one of those who-you-know kind of things, rather than just doing what the experts tell you to do,” Terry Moran said.

After several members of Shepherd’s center were able to get vaccinated through KC Hospice, the Morans called the provider. But they’d run out of doses. So Terry called Truman Medical Centers a dozen times, trying to get some information on vaccine availability. But he couldn’t get through to anyone because the line was overwhelmed by callers, Terry said.

“For a couple of weeks there, it was getting kind of frustrating because you’re doing what the experts told you to do and not getting any results,” he said.

Finally, someone in his doctor’s office at Truman got the Morans signed up to be vaccinated in late February.

More than anything, Baker worries about people who wouldn’t be able to make it to a clinic, even if one were set up in their community. Shepherd’s Center serves a large number of seniors who have trouble getting out of their homes because of their age, illness or a disability.

“We can sit on the phone all day long if we need to help people get registered,” Baker said. “The bigger issue for the people we serve is that we have a high number of homebound older adults who can’t really get out and go get the vaccine.”

Baker couldn’t find somebody to make house calls with the vaccine.

Shields, the Truman CEO, said those home vaccinations will have to wait.

“The home health agencies that typically serve homebound folks do not have access to vaccines,” he said. “That’s something that as a state and as a community we’re going to have to continue to work through.”

But even if the home health care providers had available doses, they wouldn’t have a way to effectively transport them, said Christy Mesik, the director of outreach for the Visiting Nurse Association of Kansas City.

The Pfizer vaccine, for instance, requires ultra-cold temperatures of around minus-94 degrees Fahrenheit. But new vaccines in the works from AstraZeneca, Novavax, and Johnson and Johnson can be stored and shipped at normal refrigeration temperatures.

“Until we get a vaccine that’s a little bit less of a transportation problem, I don’t think anybody will probably be able to do homebound patients,” Mesik said.

But it could be months before any of the new vaccines become available. 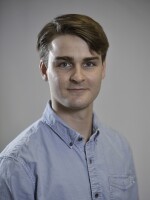