ShareTweetEmail
Listen
Listening...
/
Listen to the audio for this story here. 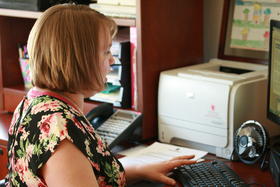 Until a few years ago, Addie Blankenship saw herself as a relatively healthy mom of three. She didn’t recognize that she was exhibiting symptoms of Obsessive Compulsive Disorder—a mental condition that leads to obsessive thoughts and compulsive actions.

“So I would spend hours and hours washing things. Or I would have a thought that something may be on my clothes, so I would change my clothes every time I’d have a bad thought, which sometimes was 10 times a day. Sometimes more,” Blankenship said.

That was by day. By night, as her husband and kids slept, she spent hours checking and re-checking to make sure windows were locked, candles were extinguished, and the stove was turned off. 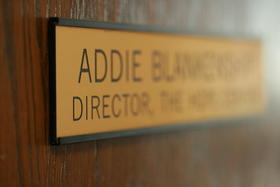 wall. Because I just wanted the thoughts to stop,” Blankenship said.

Her mother, a nurse, took her to the Emergency Department in a Springfield hospital.

A doctor there told her he thought she had OCD, but that she’d need a psychiatric evaluation. The first opening was in two weeks.

After the psych evaluation, she had to wait two more weeks for the results, she said.  At that point, she says she was begging God to take her life.

“The therapist was relatively easy to get into. But the psychiatrist had like a two month wait. And he was the only one who could get my meds straightened out,” Blankenship said. 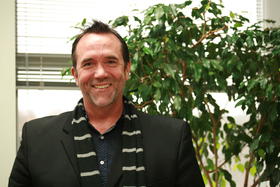 Blankenship’s story is not uncommon; wait times for mental health care in Missouri are often even longer in rural counties, where the shortage is most acute.

Dr. Mike Neitzel is the deputy director of the Missouri Department of Mental Health.

One reason for the shortage of psychiatrists and psychologists, Neitzel said, is that it’s hard to convince an urban-trained professional to relocate to a more rural area.

There are cultural reasons, and reasons of convenience—and sometimes, Neitzel said, the professionals have already had children by the time they finish residency, and don’t want to move their families.

And, of course, there’s the issue of salaries, Neitzel said.

“The salary that you can pay in some private agencies—which tend to be clustered in your urban areas or around academic health centers—that salary’s significantly higher than can typically be afforded in smaller clinics or in smaller communities in the rural areas,” Neitzel said.

And then, there are those Missouri institutions, like medical schools, that train and award degrees to these highly specialized individuals. Each institution usually has a cap on how many psychiatrists or psychologists it accepts each year.

Dr. Paul Thomlinson is the acting CEO of Burrell Behavioral Health in Springfield.

“The shortage has, I mean, just from the most objective data we have, certainly the shortage has gotten worse from the standpoint of the number of psychiatrists that are coming out of medical school and residencies. You know, people getting licensed as psychiatrists—that has been declining,” Thomlinson said.

Another contributing factor, Thomlinson said, could be that more people are seeking treatment.

“There’s a generational effect that’s happening. People are growing up with, perhaps, less stigma about seeking care. So we are certainly seeing people who are accessing care perhaps more than some of the stoic, older generations who may have had more stigma related to mental health access,” Thomlinson said.

Since embracing her treatment, Addie Blankenship is feeling well. She’s the director of the Hope Center at NAMI Southwest Missouri, where she helps others navigate their own mental health journeys. She says the most frequent question she’s asked by clients is, "How am I supposed to wait?"

Most of Missouri’s 114 counties are already limping along without adequate numbers of mental health workers. And yet, according to data from the Missouri Economic Research and Information Center, unless something changes, the state will experience a shortage of nearly 500 mental health counselors, more than 500 psychologists, and 230 psychiatrists through the year 2022.

Drive down a dirt road in Dallas County, under a thick canopy of walnut trees and over three cattle guards, and you’ll come to Rachel Harrison’s home in Windyville, Missouri.

A few years ago, Harrison was using her Bachelor’s degree in biology in a hospital laboratory.

“I was a generalist, which means I was in charge of urinalysis, chemistry, special chemistry, hematology, blood banking, coagulation, I think I got it all—phlebotomy, all that kind of stuff,” Harrison said.

But at age 25, she began to hear what sounded like people talking.

Navigating Kansas Foster Care System Can Be A Challenge For Parents

A few years ago, Olathe attorney Shanelle Dupree noticed a pattern in the foster care cases she handled: Most parents had little understanding of the system or what to do if they wanted their children back.

So she started a class to try to change that. Once a month, parents who have a child in foster care can meet in a Johnson County family law courtroom to learn more about the basics of the child welfare system. Most parents are referred by the courts as part of the plan to prove they can take care of their children, Dupree said.

A new law will allow Kansas crisis centers to treat involuntary mental health patients for up to 72 hours, but it isn’t clear if lawmakers will fund it.

Gov. Sam Brownback on Wednesday signed House Bill 2053, which allows crisis centers to treat people deemed a danger to themselves or others because of a mental health or substance use disorder. The bill had passed the House unanimously and passed the Senate 27-12 after some amendments.