Five Ways Candidates Can Use Their Kids To Get Votes

New Hampshire is inundated not only by presidential candidates but also by their families. This year, some of the candidates' children have been nearly as present on the campaign trail as their fathers.

With that in mind, NPR's Robert Smith has this guide: Five Ways to Use Your Kids to Get Votes.

ROBERT SMITH, BYLINE: The number one reason to nudge your children to the front of the political stage is so reporters like me can do stories like this. Think about it. Would the Jon Huntsman campaign rather me play a clip of this...

JON HUNTSMAN: I think there is a manufacturing renaissance that's around the corner for this country. I really do.

SMITH: Or a clip of his 20-something-year-old daughters channeling Justin Timberlake?

HUNTSMAN DAUGHTERS: (Rapping) We're bringing Huntsman back. The rest of them are one big circus act...

SMITH: Funny and cute wins every time. Here in New Hampshire, the Huntsman daughters are constantly on TV talking about their father, and apparently their new career in viral videos.

But there is a danger in using your kids as reporter bait. Mitt Romney found that out when his son Matt joked that his father would release his tax returns only after President Obama released his grades and birth certificate - not funny, not cute. More embarrassing and distracting.

So, it might be better to use your offspring for campaign purpose Number Two: Talk to other young people. That's what the Huntsman daughters say is their main job.

MARYANNE HUNTSMAN: 'Cause we all offer something that's different. We have very different personalities.

SMITH: She specializes in media.

SMITH: No, she's not a master of disguise and karate. Maryanne does finance. Just don't call them campaign props.

MARYANNE HUNTSMAN: We're the exact opposite of that. If you've seen our Twitter feed, we are - you know, we have an awesome responsibility, too, to get our generation excited and to introduce voters to our dad. We're not just waving and smiling.

SMITH: OK. OK. Reason Number 3 to bring the kids on a campaign...

SMITH: You got to do it. This is the traditional opening gambit here in New Hampshire to get a crowd on your side. At just about every event, candidates do this long list of every relative in the audience. And if you have a family like Mitt Romney you can kill a lot of time.

MITT ROMNEY: Third son is coming tonight. Ben is my fourth. And the fifth son is Craig and his wife, Mary. Would you please stand?

SMITH: And if your kids are very young and very cute, your TV ads can be wall-to-wall waving and smiling.

(SOUNDBITE OF A POLITICAL AD)

SMITH: Just watching Santorum's ads, you can see his kids reading, his kids playing board games, throwing a football, riding a tire swing. That's probably more video than you have of your own children.

OK, Reason Number 4 to use your kids in politics: The human shield. When Newt Gingrich was getting flack for his multiple divorces, his daughter Jackie Gingrich Cushman came to his defense.

JACKIE GINGRICH CUSHMAN: We're a family that is still very close, that has gone through hard times like many families, probably most families do.

SMITH: Almost sounds like a politician herself, which, by the way, is the last reason to use your children in politics. Number 5: You can create a dynasty. Look at Senator Rand Paul, the son of candidate Ron Paul. Rand was all over New Hampshire this weekend - filling in for his dad, getting big crowds, and sounding very much like his father.

SEN. RAND PAUL: We really should take away the power of the Federal Reserve to manipulate and create interest rates, and then I think we'd be much better off.

SMITH: Who knows, maybe someday he'll be running for president against one of the Huntsman daughters, and reporters can do features on the five ways they use their dads. 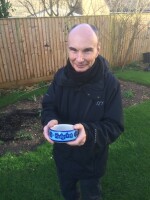