Tens of millions of people tune in every week to the Chinese dating show Take Me Out. It's pure entertainment: girls in skimpy dresses hoping for a date; sweaty, geeky guys stammering questions; and two effete hosts sporting matching bouffant hairstyles.

But as of last week, the show was bumped from prime time — part of China's latest clampdown against "excessive entertainment," which is itself a manifestation of a larger ideological campaign.

Instead, Take Me Out'smillions of fans got Ordinary Hero, uplifting tales of ordinary people doing heroic things, like a firefighter saving a 10-year-old child stuck in an elevator. The swap was intended to promote "traditional virtues and socialist core values."

Online there's been an outcry, with netizens decrying the killjoy moves as "doomsday for entertainment."

"This rule, most people don't like it," says dating show aficionado Michael Zhong. "We definitely show our disagreement on it. I believe shows should be driven by market."

This is, in effect, a government U-turn, according to Hu Xingdou, a political analyst at Beijing Institute of Technology.

"The government led this move toward consumerism and entertainment mania," Hu says. "They urged people not to get involved with politics, suggesting 'politics is too dangerous, go and earn money and have fun.' But now in China, it's gone too far [and] we've amused ourselves to death and morality has almost collapsed."

That moral collapse has shown itself in rampant money worship, transfixing television audiences. One contestant on If You Are The One, the most popular dating show and one of the few prime-time survivors, told a potential suitor that a boyfriend would have to earn $30,000 a month to even hold her hand. Another contestant became famous for saying, "I'd rather cry in a BMW than laugh on the backseat of a bicycle."

Limitations on TV content in China are nothing new. SARFT has long restricted foreign programs, including animated cartoons, in the interest of encouraging domestic programming. Other types of content are regularly banned, either for the sensitivity of their nature — for example, dramas depicting official corruption — or simply because of their popularity.

Interviewed even before the latest clampdown, author Murong Xuecun described the situation as almost farcical.

"At one time, all you could see on TV were court dramas from the Qing dynasty, but then those were restricted. It's the same with almost every genre," Murong says. "Then family dramas were banned if they included love triangles or affairs. Spy dramas were restricted. Now you can't shoot anything with ghosts in it, though you can have monsters. I hosted a TV show and we weren't even allowed to use the words 'time travel.'"

Culture has been at the top of the political agenda since October, when the most important political conclave of the year — the Central Committee meeting — ended with a document focusing on "deepening cultural system reforms." Some analysts have seen this as a move to combat the influence of social media in a year that saw the Arab Spring.

Just days ago, President Hu Jintao wrote in a high-profile article that "hostile foreign powers are intensifying strategies and plots to Westernize and divide our country, the ideological and cultural sphere is the focus sphere in which they conduct long-term infiltration." He also bemoaned the fact that "the international culture of the West is strong, while we are weak."

"I don't think this has much to do with division and westernization; the young people have already been westernized," Hu says. "The battlefield of public opinion that they're really fighting over is how to control the intellectuals. But mostly the intellectuals aren't buying it."

For the first time in two decades, a Hong Kong TV drama has been forbidden on the mainland. It's unclear why When Heaven Burns was banned — possibly due to veiled allusions to the pro-Democracy protests in 1989 or the presence in one shot of a publicity banner belonging to the outlawed Falun Gong sect. The cultural purge could go further still.

A new draft law governing the film industry would ban movies featuring religious fanaticism, gambling, drug abuse and even horror. Hao Jian, a professor at Beijing Film Academy, believes that in yielding to their tendency to control, China's leaders are highlighting their own insecurities.

"We feel tighter and tighter controls on politics, on Twitter, on entertainment and on TV news," Hao says. "Our political system is wary of the outside world, even hostile to it. Sometimes we say it has a persecution complex; it always feels people are infiltrating us, attacking us, westernizing us. It's a very fearful psychological state."

That fear is such that this year even Super Girl Voice is banned. The singing contest stormed the ratings six years ago and 8 million votes were cast in the finale, making it arguably the most open election in China.

The danger is that by tightening their grip on entertainment, China's leaders are neutering their own artists and alienating many millions of nonpolitical youth, who only want to relax and be entertained. 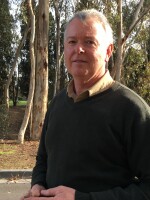