Extreme Weather Rips Through The South

The South is cleaning up from yet another round of devastating tornadoes. The storms started first in Arkansas, then brought baseball-sized hail, heavy wind and lightning to parts of Tennessee and Mississippi. But it was Alabama that saw the worst of it. At least two people died with 100 more injured.

RUSSELL LEWIS, BYLINE: Just past daybreak in Center Point, Alabama, Marcel Horn(ph) stood on the city's main road blocked by deputies because of downed power lines. Horn had tears streaming down his face as he looked up.

LEWIS: Some cell towers blew over and the phone lines were jammed. Horn hadn't heard from his fiance and was worried about his son and her daughter. It was the second time in less than a year a tornado had targeted his family. During the devastating April twisters, which killed almost 250 people, his parents' home, the next town over, was destroyed.

LEWIS: Center Point is a predominantly black suburb of Birmingham with about 17,000 residents. All morning long, police radios cackled, ambulances raced across town and helicopters flew overhead taking in the damage.

LEWIS: The devastation spared few people it seemed. Entire businesses were flattened. The veterinary clinic was blown out, but amazingly, every cat and dog in the kennels survived. Street signs were wrapped all the way around telephone poles and looked like twist ties from a loaf of bread.

Elsewhere, massive pine trees blew over, crushing houses, cars and anything else in their way. Michelle Simmons(ph) stood on her doorstep reliving the terror of the tornado.

LEWIS: Firefighters continued to hear stories like that one as they went house to house, searching for survivors. One block over, on 23rd Terrace, John Leeshtee(ph) used a chainsaw to cut up what was left of his parents' stately magnolia tree.

LEWIS: He was so busy, he didn't want to switch off his saw as we talked. He said he's trying to look at the bright side.

JOHN LEESHTEE: Well, my mom and dad are fine. They're safe. That's what's important. I mean, friends across the street are OK. You know, they had trees fall down on their house, but I mean, you know, you get along, move on. We'll manage.

LEWIS: Alabama's governor, Robert Bentley, declared a state of emergency and, ironically, this was also the day he was to receive a report on the devastating April tornado outbreak with suggestions on how the state better prepare and respond to future disasters, something Alabama is getting good at doing. 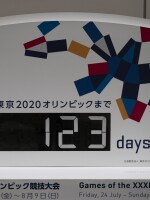