Illinois Sen. Mark Kirk is hospitalized in Chicago after undergoing surgery to relieve swelling on his brain; doctors discovered he'd suffered a stroke over the weekend.

Kirk's office released a statement today saying the Republican senator first sought medical treatment on Saturday and doctors found damage in one of his neck arteries. He was later transferred to a Chicago hospital where testing revealed he'd had an ischemic stroke. The American Heart Association says this occurs when a blood vessel that sends blood to the brain gets blocked. It's the most common kind of stroke.

The senator's office says doctors successfully lessened swelling around Kirk's brain in early-morning surgery. The ends: "Due to his young age, good health and the nature of the stroke, doctors are very confident in the Senator's recovery over the weeks ahead."

Kirk is 52. Still, he's having problems with the left side of his body: His doctor says the senator's left arm and leg are affected as well as some facial movements, according to Bloomberg.

There's no word on when he may be able to return to work. Kirk is a freshman senator, although he's not new to Congress. He served 10 years as a representative before winning election to the Senate seat once held by President Obama, notes the Chicago Sun-Times. 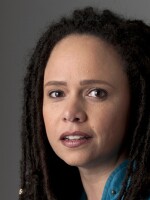