MARGOT ADLER, BYLINE: There was rage, sadness and also the feeling of a prayerful community gathering. When the parents of Trayvon Martin spoke, the crowds pushed closer to get a look and shouted words of encouragement. Tracy Martin, the teenager's father, spoke first.

SYBRINA FULTON: We need this kind of support. Our son is your son. I want you guys to stand up for justice, and stand up for what's right.

ADLER: Many African-Americans in the crowd said it could have been their son or daughter. It was called the Million Hoodie March, by Daniel Maree, one of the organizers.

DANIEL MAREE: Trayvon was murdered while wearing a hoodie. And the reason George Zimmerman gave for shooting him was that he looked suspicious. So, again, knowing that feeling of being in a hoodie and sometimes I've got to take my hoodie off, because I feel - I know people are going to hold their purse weird, or something, I wanted to de-stigmatize the hoodie among people of color.

ADLER: It was called the Million Hoodie March, but that was not the number at the gathering. It was a call for a million signatures by the end of the night on a petition calling for the shooter's arrest. There were apparently 800,000 signatures before the rally began.

ADLER: At the end of the rally, people marched to Washington Square chanting: We are all Trayvon Martin. 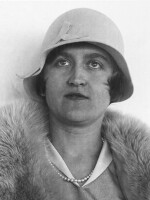 Margot Adler
Margot Adler died on July 28, 2014 at her home in New York City. She was 68 and had been battling cancer. Listen to NPR Correspondent David Folkenflik's retrospective on her life and career
See stories by Margot Adler
Latest Stories
Support news that matters in Kansas City
KCUR serves the Kansas City region with breaking news and powerful storytelling.
Your donation helps make non-profit journalism available for everyone.
Donate Now