Saving Niagara Falls, One (Tightrope) Step At A Time

Niagara Falls has long been a magnet for daredevils, but strict laws have kept them away for more than a century. That's expected to change Friday, when circus performer Nik Wallenda will walk a two-inch-thick wire above the giant waterfall. It's an exception officials hope will rescue tourism — and the city's economy.

At the Haunted House of Wax in Niagara Falls, tourists are greeted by two signs: one that beckons visitors to meet ghoulish wax figurines and another advertising that the building is for sale. It's a common sight in a downtown that's also dotted with empty lots and tacky gift shops.

Paul Gromosiak has lived here for 70 years, and he still remembers the glory days. He keeps a homemade model of Niagara Falls on his kitchen table with little flags on toothpicks to mark stunts from the past 200 years. He's already added one for Nik Wallenda.

Gromosiak also wrote a book about death-defying stunts at Niagara. Large crowds have always flocked to daredevils trying to conquer the Falls. He says the city was most alive during these times. That changed when Gromosiak was 9 years old, when Red Hill Jr. went over the Horseshoe Falls in a barrel made of inflated inner tubes.

"It fell apart and so did he," Gromosiak says.

After Hill's death in 1951, stunts were outlawed. While many daredevils asked for waivers, none were granted until last year. Niagara Falls officials say they were swayed by Nik Wallenda's promises to re-create a daredevil atmosphere — but to do it safely.

On a recent day, hundreds of spectators watched Wallenda's every step as he practiced on a wire 10 feet above a mostly empty parking lot. Local Paul Mroziak hasn't seen a crowd this big in a long time.

"It's something I'm never going to see again in my lifetime," Mroziak says. "I would think that it would help tourism. Can't hurt it, that's for sure."

Since the 1960s, the population of Niagara Falls has fallen by half. After practice, Wallenda tells the crowd his wire walk will start the city's comeback.

"How cool would it be if we could say that the economy in Niagara Falls, N.Y., changed after Nik Wallenda walked from one country to another?" Wallenda says before stepping off the stage to greet a handful of fans. He signs autographs and tells the group to support local businesses.

Maggie Daniels, a tourism professor at George Mason University, says one event can only go so far.

"Honestly, the next thing is going to come up. There are things like this happening all over the globe all the time," Daniels says. "I do think it's kind of a unique, interesting thing to do. But the week after, people are going to be saying, 'What other crazy thing is going on in the world?'"

Banking On A Daredevil

Local tourism board president John Percy says the event is the city's best shot to turn around its sagging fortunes. Tens of thousands of spectators are expected to attend, and ABC is airing the stunt live in prime time. Percy expects ripples to be felt for years.

"That alone, that value of that publicity is worth its weight in platinum, not even gold," Percy says. "It's worth millions and millions to this destination. Any destination would give their right arm for that kind of publicity."

Ron Aderluh, who runs the Niagara Street Business Association, says they can use all of the help they can get. His organization represents mom-and-pop stores that rely on summer tourists, and he says stores are counting on Wallenda to attract visitors that wouldn't come otherwise.

But Wallenda's biggest impact may be the door he's opened for other daredevils to perform at the Falls, and requests have already started pouring in. Officials have pledged they won't allow any more stunts for 20 years, but obviously, they've changed their minds before. 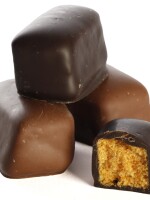