As Bell Ringers Chime In, A Laptop Musician Branches Out

It's a point of pride for electronic musicians to come up with novel sounds. So I was duly impressed to hear that one of my favorites had made a new record in which his laptop plays second fiddle to an ancient instrument he'd heard ringing out from the city hall in Oslo, Norway.

Hendrik Weber, who records under the name Pantha du Prince, collaborated with the percussion ensemble The Bell Laboratory for his latest album, Elements of Light.

I've been entranced by this record ever since I first heard it — which isn't surprising, as the power of bell tones cuts across cultures. While Tibetan bells are used for meditation and healing, the carillon used on Elements of Lightis an instrument rooted in European culture in which large bells are struck by a fist-operated keyboard.

Although the carillon dates back to the Middle Ages, Elements of Light also reminds me of Mike Oldfield's unlikely 1973 hit Tubular Bells, which combines the structure of classical music with the melodic and rhythmic directness of pop.

Elements of Light features tubular bells, too, alongside the carillon, hand bells, rack bells, choir chimes, vibraphones, gongs and more — all yoked together with, but not overwhelmed by, electronics. The rhythms form patterns that thicken and then decay, taking just enough left turns to keep things interesting, while the bell reverberations add natural drones and an inescapable sense of history.

To perform Elements of Light, Pantha du Prince is planning site-specific shows, since touring with a carillon would be difficult at best. Maybe he'll make it to New York City's Riverside Church, which has a carillon, with one bell weighing in at 20 tons.

In an era when the history of recorded music is available on our cellphones, Elements of Light is an interesting idea: music that can be made only in a fixed location — and you have to go to it, not the other way around. While Pantha du Prince works that out, I'm happy to have this recording and its truckload of gorgeous percussion right here in my pocket. 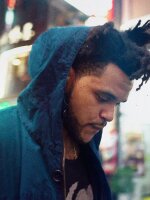