British police raided a slaughterhouse and meat firm in two different corners of Britain on Tuesday in connection with the growing horse meat scandal.

Britons had just sat down to their evening meal when the latest revelation broke: The Tesco supermarket chain acknowledged that its low-cost beef lasagna, pulled off the shelves last week after testing positive for horse DNA, had in fact been 60 percent horsemeat.

Officials insist the adulterated meat poses no threat to human health. Food-safety campaigners aren't so sure. Some horses are given a powerful and dangerous veterinary drug called phenylbutazone, or bute. The fear is that unscrupulous processors prepared to adulterate beef with horse might also be prepared to buy horses without valid health certificates.

But food law expert Michael Walker says any threat from bute is small.

"If it is found, it will be present, if at all, in parts per trillion levels, very low amounts," Walker says. "And the risk there is very low."

British regulators are accused of doing too little, too slowly. Regulators took 10 weeks to get a test result on a food product, and when the crisis first broke they acknowledged they hadn't actually tested for horse in 10 years.

But Environment Secretary Owen Patterson, the government's point man in the crisis, told British lawmakers it's the Tescos and the Burger Kings — and not the regulators — that need to be testing more.

"The prime responsibility for doing this lies with retailers and food producers, who need to demonstrate that they've taken all necessary actions to ensure the integrity of the food chain in this country," Patterson said.

One thing the scandal has shown, though, is just how long and winding that food chain really is, and how little oversight is exercised within Europe's open borders.

For our customers, it's what they're always concerned about: It's about provenance. It's about where the meat comes from, and what it's fed. They want to know that there's no drugs, no additives, no nasties, and what they're buying is what it's supposed to be."

Stores in Ireland, France and Sweden have also had to pull suspect products off their shelves. In Britain, the adulterated meat has been traced to big processing plants in Ireland, France and England that may have bought it from suppliers as far away as Poland and Romania. At least one plant owner has said he was pressured to get ground beef from Eastern Europe to keep prices low.

There have been some beneficiaries of this crisis: local British butchers.

Speaking across the counter in his shop in Chiswick, a suburb of West London, Lee Mullett says he's seen a trickle of new customers and has fielded some penetrating questions from old ones.

"For our customers, it's what they're always concerned about: It's about provenance. It's about where the meat comes from, and what it's fed," Mullett says. "They want to know that there's no drugs, no additives, no nasties, and what they're buying is what it's supposed to be."

But Mullett says the public tidal wave of revulsion over the thought of inadvertently eating their beloved horses has generally not sent people upmarket. He says the vast majority of his fellow Britons really don't seem to care what's in their burgers, meatballs or lasagna — as long as the food is cheap. 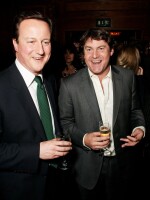