Cowboy Church: With Rodeo Arena, They 'Do Church Different'

It's Sunday morning at the Cowboy Church of Santa Fe County, N.M. You know you're there because of the chuck wagon parked by the highway.

You couldn't find a more nonreligious-looking building. The church is a charmless metal warehouse on a concrete slab. Inside, the altar is decorated like a set from a 1950s western — complete with saddles, hats, boots, a lasso and wagon wheel.

The band has just kicked off with "I Think God Must Be a Cowboy at Heart," and about 30 people in folding chairs are tapping their feet.

The pastor, Steve "Doc" Timmons, a husky, 57-year-old Arkansan in jeans, boots and a straw hat, announces the theme of the sermon. "So here's this morning's eight-second ride," he tells the congregants. "The history books of the Old Testament make one thing crystal clear: It is impossible for man to keep the Mosaic law."

There's no collection plate, no stained glass and no altar call to give your life to Jesus. But only a few folks in the congregation look like they ever sat on a horse. The rest could be baristas or CPAs, attired in jeans and bolo ties.

'A Total Lack Of Pretentiousness'

"It was finding a home for me after going to a lot of different churches through the years," says Steve Meador, 63, a Teamster and wrangler for the movie industry, who is leaning against a post outside. He's been coming to the Santa Fe Cowboy Church for two years, making him a founding member.

"What I found with this Cowboy Church is a group of people that are very serious about their relationship with Jesus Christ, and a total lack of pretentiousness," Meador says.

Indeed, no one here is in their Sunday best. "People are so friendly, you don't have to dress like you're going to a celebrity ball. Just come as you are. You just let your faith come out," says Martha Cannon, a state telephone operator and great-grandmother wearing a denim prairie skirt.

Timmons spent 25 years as a crisis intervention consultant working in disaster zones around the world. This is his first pulpit, and he says he wouldn't be anywhere else.

"In a lot of ways, it's what you would call unchurchy. It's a simple way of doing church. It's more about relationship than it is about religion. And I think that's why these churches have been exploding," Timmons says.

Texas has far more than any other state. There are so many cowboy churches in the Lone Star State that Baylor University's Truett Seminary and Dallas Baptist University now offer courses in cowboy church leadership.

"Cowboy church is a little unconventional," says Rick Penner, associate pastor of Open Range Cowboy Church in Whitney, northwest of Waco. "Our sanctuary is really situated more like a barn than a fancy church building. Ours is built out of barn wood and steel. Up until recently we had hay bales for people to sit on, but the scorpions got a little bad in there with the hay bales."

A distinguishing feature of a cowboy church is the rodeo arena on the grounds. Conventional churches have family life centers; most cowboy churches have places to rope and ride. At Open Range Cowboy Church, two of the most popular activities are barrel racing and junior sheep riding, known as "mutton busting."

"Little kids, under 55 pounds, they put on helmets and vests and ... when they ride that sheep, these little boys are living their 6-year-old dream as a cowboy," Penner says with a chuckle.

Cowboy churches solve a problem for evangelical churches suffering from sagging attendance. They attract the "unchurched": those who never went to church or stopped going long ago.

In Texas, traditional Baptist churches have been planting new cowboy churches across town, and in some instances the new congregation has outdistanced the parent church. In Waxahachie, south of Dallas, First Baptist Church — with an attendance of 500 — started the Cowboy Church of Ellis County, which now has a Sunday attendance of 1,700. It is now known as the world's largest Cowboy Church.

Cowboy churches are not for everybody, but whatever they're doing, it appears to be catching on in a big way. 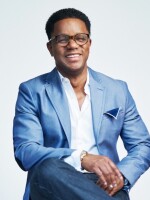 John Burnett
As NPR's Southwest correspondent based in Austin, Texas, John Burnett covers immigration, border affairs, Texas news and other national assignments. In 2018 and again in 2019, he won a national Edward R. Murrow Award from the Radio-Television News Directors Association for continuing coverage of the immigration beat. In December 2018, Burnett was invited to participate in a workshop on Refugees, Immigration and Border Security in Western Europe, sponsored by the RIAS Berlin Commission.
See stories by John Burnett
Latest Stories