Democratic Gov. Jay Nixon used some fancy footwork to ensure his veto of a tax cut stayed in place — even though it faced a supermajority of Republicans in the Missouri House and Senate

Nixon said he vetoed the tax cut because the $700 million price tag was "unaffordable." But he knew in doing so, he was up against a lion of a legislature, with a veto-proof majority in both chambers.

Dan Ponder, a political scientist at Drury University, says the governor had a decidedly uphill battle.

"He was able to put together a coalition of educators and chambers of commerce, businesses, to be able to make the case that, Ok, if this tax cut were to go into effect, it could potentially devastate education, and therefore, the workforce," Ponder says.

That "coalition" included about 150 groups, ranging from teachers to first responders.

Joe Henchman of the non-profit Tax Foundation says about 20 states are wrangling with tax issues.

"The Missouri bill was a bit flawed," Henchman says. "A lot of the proposals, especially the ones that have been successful, have been broader tax reforms that reduced rates, but also closed carve-outs."

Governor Nixon's unlikely victory may influence the fight over taxes in other states. 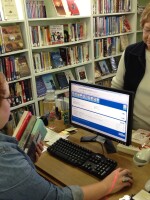 Jennifer Davidson
Jennifer works as a reporter, producer and student trainer for KSMU in Springfield, Mo. She grew up on a farm just outside West Plains, Mo., and now works forKSMUfrom her hometown.
See stories by Jennifer Davidson
Latest Stories
Support news that matters in Kansas City
KCUR serves the Kansas City region with breaking news and powerful storytelling.
Your donation helps make non-profit journalism available for everyone.
Donate Now