Well, long story short, last year I was astonished to discover that guileless fans were actually volunteering their services, for free, gratis,to the Super Bowl — which, of course, makes a gazillion million dollars for the NFL and its gracious owners. Now, incredibly, the NFL is looking for 10,000 volunteers to donate their time and effort to this season's Super Bowl in Arizona.

Of course, I want you to keep in mind that the NFL is officially a nonprofit, even though commissioner Roger Goodell makes in excess of $40 million a year. (Lord knows what they'd pay him if he actually was doing a good job.) Of all the great, needy charities in the world, desperate for volunteers, who, in their right mind, would pick the Super Bowl?

The 2018 Super Bowl has been awarded to Minneapolis, and thanks to superb investigative work by the Minneapolis Star-Tribune, a 153-page list of stipulations that the league demanded has been revealed. Here are just some of the NFL demands for what it trumpets as "America's unofficial holiday":

And the greed goes on and on. Worth keeping in mind, too, that the new Minneapolis stadium is costing about $500 million in taxpayer money with a sweetheart deal for the owners. Last year I said I was amazed that anybody would volunteer for the NFL. Now, it's simple to declare: If you people in Arizona volunteer for this season's Super Bowl, you're suckers. 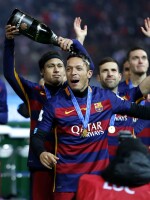