Police in Orlando Florida say 50 people were killed when a gunman began shooting in a popular nightclub. When he took hostages, that's when the SWAT team went in. The gunman was killed, but not before perpetrating the deadliest mass shooting in U.S. history.

Eyder Peralta is here with us today. So Eyder, could you just take us back to the events that took place early this morning? What do we know?

EYDER PERALTA, BYLINE: Yes. So we know it started at about 2 a.m. in the morning at Pulse, which is a gay nightclub just outside downtown Orlando. Police traded fire with the suspect. One officer was injured, but not seriously. And then it turned into a hostage situation. At 5 a.m., police moved in. They traded more fire. They killed the suspect and rescued 30 people. Orlando Police Chief John Mina said this was the worst scene some of his veteran officers have seen. Here he was at the press conference.

PERALTA: So police say that, at this point, what they're focused on is identifying the bodies, which they say can take a while and then notifying families.

WERTHEIMER: As far as I can tell, they haven't begun to move bodies out of that scene. So they must be still investigating on-site at the nightclub. But now, what do we know about the person who did the shooting?

PERALTA: Yeah, so law enforcement officials are not releasing his name publicly. But officials tell NPR that his name is Omar Mateen. And according to public records, he's 29-years-old. He lives - or he lived in Port St. Lucie. And records also show that he had a firearms license and he received a security officer license in 2011 and 2013.

WERTHEIMER: Which indicates that whatever safeguards there may be about who can have those kinds of licenses were not sufficient in this case.

WERTHEIMER: Do we know anything about why he did it?

PERALTA: We don't have anything concrete. Earlier today, Sheriff Jerry Demings said that from what he had seen, this should be classified as a, quote, "domestic terror incident." But officials at this past press conference said they're still waiting to release Mateen's names officially and that they're exploring all theories. But I think the big news here is really worth repeating. It's 50 people are confirmed dead, by police. And another 53 were taken to area hospitals.

WERTHEIMER: And we may find that some of them don't recover from their wounds. This, then, is the worst mass shooting in U.S. history?

MUHAMMAD MUSRI: I think, as a nation, we need to look at this issue of mass shootings because we just had one too many today.

WERTHEIMER: And this takes that - takes it way past both of those...

WERTHEIMER: ...Horrible events. That was NPR's Eyder Peralta reporting on the nightclub shooting that has left 50 people dead and as many injured. We'll bring you more information as we have it. Eyder, thank you. 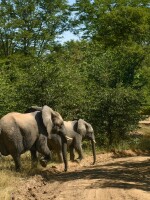 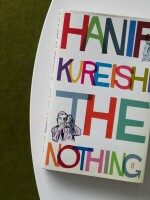