As we've talked about throughout this hour, hundreds of thousands of marchers crowded into cities like Washington, D.C., Chicago, Seattle, Austin and Raleigh and overseas in London, Munich, Cape Town and Paris to press for protection of women's rights, including reproductive health care, LGBTQ issues and equal pay.

MARTIN: The marchers are being called the most diverse for women's rights in American history, but that diversity has come at a price - racial tension. NPR's Karen Grigsby Bates from our Code Switch team reports on the historic conflict between race and feminism.

KAREN GRIGSBY BATES, BYLINE: Today's marches were billed as one large step for womankind, a coming together to voice women's issues and concerns to a newly elected president and Congress. But it wasn't all "We Are The World." Grace Hong teaches Asian-American and gender studies at UCLA. She says while many women of color believe in the goals of the women's movement, they're also wary of being identified with it.

BATES: Hong says women of color were often asked to not rock the boat with what were seen as side issues like racial equality.

HONG: It's sort of the idea that critique and dissent undermine a kind of unity that has to be based on kind of a lowest common denominator, right? Find the one thing that everyone has in common.

BATES: From the earliest days of suffrage until relatively recently, women of color were on the movement's margins, and scant weight was given to their concerns says Ashley Farmer. She teaches African-American women's history at Boston University.

ASHLEY FARMER: When we actually get down to representation and/or creating a list of demands or mobilizing around a set of ideas, it tends to be that white, middle-class or upper-class women's priorities get put above the rest.

BATES: At most women's demonstrations in the '70s, only a modest number of black and brown women answered the call to join the movement. Writer Margo Jefferson, a Pulitzer Prize-winning cultural critic remembers what it felt like to be young, black and feminist in 1970s New York when feminism was considered a white woman's thing.

MARGO JEFFERSON: Of course, I felt lonely. I remember a dear, white friend asking if I wanted to join her women's group. And my thinking, oh, God, I'd love to have a women's group, and my saying, no, and feeling, no, I really don't want to be the only black person.

BATES: The perceived high handedness of some prominent feminists in the '60s and '70s led many black women to choose an alternate designation - womanist. Writers Alice Walker and Bell Hooks coined the term. And womanist has struck a chord today with some Latinos like Dolores Arredondo.

DOLORES ARREDONDO: I just remember this history of the feminist movement, and I can see the women. And none of them look like me.

BATES: Arredondo, a marketing executive for Wells Fargo, is sitting in a downtown LA conference room with her friend Brenda Gonzalez-Richardson (ph) who heads the California regional office of the National Council of La Raza. Gonzalez-Richardson says she's not hung up on labels. You can call her feminist, womanist, whatever. She prefers to describe herself in Chicano slang as a chingona.

BRENDA GONZALEZ-RICHARDSON: It means a bad ass, someone that is not afraid to stand up for what they believe in, somebody that's happy to shake things up when needed.

BATES: Chingonas, she says, get things done. After an initial stumble, the women's march on Washington has been careful to have women of color in positions of leadership. They're three of the four main organizers, but that diversity has brought into sharp focus the racial fault lines in the women's movement that have always existed, but were rarely discussed. When a young, black blogger suggested that white allies talk less and listen more to women of color while at the march, some white women were so offended they canceled plans to attend.

BATES: Writer Julie Wittes Schlack went to a sister march in Boston. Schlack is a white feminist and says it's past time to pay attention to women who may not be in today's feminist mainstream. For the sake of the movement's future, Schlack says, white feminists are going to have to accept some hard truths. They've contributed greatly to women's progress, but...

SCHLACK: The benefits of our work so far around things like reproductive rights aren't conferred equally across all women, and that's what I think particularly this younger generation of feminists and particularly feminists of color are sort of trying to wake us up to.

FARMER: When you make something that accounts for the most depressed, everybody's life tends to get better.

BATES: And maybe there has to be some upheaval before that happens. UCLA's Grace Hong says the discord around today's marches is a good thing for feminism. 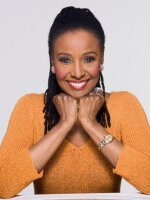 Karen Grigsby Bates
Karen Grigsby Bates is the Senior Correspondent for Code Switch, a podcast that reports on race and ethnicity. A veteran NPR reporter, Bates covered race for the network for several years before becoming a founding member of the Code Switch team. She is especially interested in stories about the hidden history of race in America—and in the intersection of race and culture. She oversees much of Code Switch's coverage of books by and about people of color, as well as issues of race in the publishing industry. Bates is the co-author of a best-selling etiquette book ( Basic Black: Home Training for Modern Times) and two mystery novels; she is also a contributor to several anthologies of essays. She lives in Los Angeles and reports from NPR West.
See stories by Karen Grigsby Bates
Hungry For MO returns!
KCUR's podcast Hungry For MO is back with more stories about Missouri’s iconic foods, from barbecue to pizza and beyond.
Subscribe now
Latest Stories
Support news that matters in Kansas City
KCUR serves the Kansas City region with breaking news and powerful storytelling.
Your donation helps make nonprofit journalism available for everyone.
Donate Now