Yesterday, Kendrick Lamar won a Pulitzer Prize for his album "DAMN." It is the first hip-hop album to win a Pulitzer. But not just that, it's the first album outside of jazz or classical to win in the music category. Rodney Carmichael of NPR Music is with me this morning in studio. Hey, Rodney.

KING: You know, not too much - big news here. What did you think when you heard it?

CARMICHAEL: You know, I honestly thought, well, it's about time somebody got it right.

KING: This album was one of the biggest releases of 2017. It was at the top of the charts for weeks, had a lot of critical acclaim, lot of best-of lists. But a Pulitzer Prize win is something different, isn't it?

CARMICHAEL: Yeah. I mean, this win is really big for Kendrick, but this is also a huge win for hip-hop. Over the past year, we've seen a lot of really major institutions that haven't traditionally recognized hip-hop bestowing, like, these groundbreaking honors. You know, there's Jay-Z, for instance, who - he became the first rapper inducted into the Songwriters Hall of Fame last year. LL Cool J became the first rapper to receive Kennedy Center Honors. But in a lot of ways, this Pulitzer win feels bigger than both of those.

CARMICHAEL: Well, it's really easy to give an artist a lifetime achievement award once he's passed his prime, right?

KING: For sure, yeah.

CARMICHAEL: But, you know - and the other thing is a lot of these institutions are still super late when it comes to acknowledging hip-hop. We have to, you know, say that. But we see how the Grammys, for instance, has continued to struggle with getting hip-hop right. And in a lot of ways, this Pulitzer Prize, it feels like they're going beyond the musical canon and doing what they failed to do with so many other genres in the past by really recognizing Kendrick's genius in the present. It's a big deal. And I really like the song "DUCKWORTH." for instance in terms of what it means for him to be in this literary canon right now. And this song tells the real-life story of how a box of chicken sealed his fate as the greatest rapper of his generation.

LAMAR: (Rapping) Then you start reminding them about that chicken incident. Whoever thought the greatest rapper would be from coincidence because if Anthony killed Ducky, Top Dawg could be serving life while I grew up without a father and die in a gunfight.

KING: For listeners who might be new to this album, where should they start?

CARMICHAEL: Well, yeah, I'm sure there are a lot of listeners who are new to Kendrick Lamar, and it would be great if you could rewind back, and they can start with his major label debut, "Good Kid, M.A.A.D City" and then work their way up to "DAMN.," which is his third album and really not even his best album. I think most fans would probably agree. You know, "DAMN." is incredibly dense. It's a really tormented body of work. It's also his most epic in scope, I would say. It has a lot of really major pop moments, but it's super heavy in tone with Kendrick measuring his faith and America's failings, and all of it really makes it perfect for a Pulitzer.

KING: Yeah. It's a serious album. Rodney Carmichael from NPR Music. Rodney, thanks so much for coming in.

LAMAR: (Rapping) This what God feel like, yeah, laughing to the bank like aha, flex on swole like aha (ph). Transcript provided by NPR, Copyright NPR. 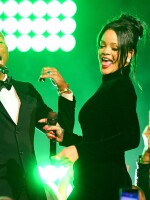 Rodney Carmichael
Rodney Carmichael is NPR Music's hip-hop staff writer. An Atlanta-bred cultural critic, he documented the city's rise as rap's capital outpost for a decade while serving as music editor, staff culture writer and senior writer for the alt-weekly Creative Loafing. During his tenure there, he won awards for column writing, longform storytelling, editing and reporting on cultural issues ranging from gender to economic inequality. He also conceptualized and co-wrote "Straight Outta Stankonia"—an exhaustive look at Atlanta's gentrifying cultural landscape through the lens of OutKast—which was voted as one of the Atlanta Press Club's Top 10 Favorite Stories of the Past 50 Years.
See stories by Rodney Carmichael
Latest Stories
Support news that matters in Kansas City
KCUR serves the Kansas City region with breaking news and powerful storytelling.
Your donation helps make non-profit journalism available for everyone.
Donate Now