The manhunt ended today for a man suspected of killing four people at a Waffle House in Nashville over the weekend. The death toll in the shooting would likely have been much higher if a customer had not wrestled the gun away from the suspect and dragged him out of the restaurant. The gunman then ran naked from the scene into nearby woods. He was later taken into custody.

There are questions about how the man came to have guns in the first place. We'll hear more about that in a moment. First we go to Tony Gonzalez, a reporter with member station WPLN who's been following developments today in Nashville. Hi, Tony.

TONY GONZALEZ, BYLINE: Hi. How are you?

SHAPIRO: Tell us about how police captured the suspect.

GONZALEZ: Well, ultimately it was actually a citizen tip that came in that pointed police to 29-year-old Travis Reinking, who's now facing multiple murder charges. He was actually pretty close to his apartment, which - that area had been searched a day ago. But the tip said he was out behind a construction site in the woods.

The first detective who got there and saw him recognized Reinking immediately, ordered him down, cuffed him. I guess there was no struggle there. But police say he did have a loaded .45-caliber handgun in his backpack.

SHAPIRO: Do you know why it took police more than 36 hours to find him?

GONZALEZ: Well, the search had been tough in part because it had been so rainy - almost nonstop rain all day yesterday. But the search was huge. There were more than a hundred officers involved, including federal agents, helicopters up above, search dogs. Police were going door to door. They were also out in several different wooded areas.

Police aren't really sure where all - the suspect went. And just a couple hours before they caught him, they were actually thinking about expanding their search area. And then suddenly, you know, they got him. Police actually tweeted a photo of Reinking. His - he had a maroon T-shirt that was torn up. He had scratches on his shoulder - so you know, just sort of a reversal there. The city's mayor, David Briley - he also spoke at a news conference today, thanking the citizen tipster and saying that he was relieved.

SHAPIRO: What can you tell us about any possible motive?

GONZALEZ: The police have not shared a motive. Police didn't find any specific note, and apparently the gunman didn't say anything during the attack. He also didn't say anything after he was arrested. He immediately demanded a lawyer. We do know that Reinking had newly moved to Nashville from Illinois. Police say he'd been fired from a construction job here, got a second job but didn't show up on the second day of work. Police also realized today that the suspect had stolen a car just a few days ago.

SHAPIRO: And we're also learning today about the victims. Can you tell us a little bit about them?

GONZALEZ: Well, for one, they were all young victims - all under age 30. One of them worked at the Waffle House. The rest were customers. One of them was a local rapper and music video producer. Another one was a senior in college at Belmont University. These folks are being remembered through social media. There's also been some fundraisers that are starting to cover their funeral costs.

Three other people were wounded, including that customer you mentioned, the one who's being called a hero for rushing toward the gunman, wrestling the gun away and stopping the attack.

SHAPIRO: Tony Gonzalez of member station WPLN in Nashville on the arrest of a suspect in that Waffle House shooting - thanks so much, Tony. 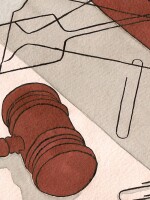 Tony Gonzalez
Tony Gonzalez, a reporter in Nashville since July 2011, covers city news, features inspiring people, and seeks out offbeat stories. He’s also an award-winning juggler and hot chicken advocate who lives in East Nashville with his wife, a professional bookbinder. During his time at The Tennessean newspaper, his investigative reporting and feature stories were honored in the state and nationally. Gonzalez grew up near Chicago and came to Nashville after three years reporting and editing at Virginia's smallest daily newspaper, The News Virginian.
See stories by Tony Gonzalez
Latest Stories
Support news that matters in Kansas City
KCUR serves the Kansas City region with breaking news and powerful storytelling.
Your donation helps make non-profit journalism available for everyone.
Donate Now