The killing of four people at a Waffle House in Nashville, Tenn., early Sunday morning is exposing the frequent breakdown among law enforcement agencies that regulate gun ownership.

A man who had his firearms license revoked in Illinois, after being arrested by the U.S. Secret Service at the White House last July, may have broken no laws by having guns — including an AR-15 — when he moved to Tennessee late last year.

However, there is little consensus on the matter, even among law enforcement officials who are directly involved. Nashville Police Chief Steve Anderson — himself a lawyer — admitted Sunday that while it was illegal for 29-year-old shooting suspect Travis Reinking to possess firearms in Illinois, "I don't know that he would have violated any Tennessee law," by possessing the weapons, he said.

On Monday, though, Marcus Watson, a Nashville agent with the Bureau of Alcohol, Tobacco, Firearms and Explosives, said unequivocally that in Tennessee, Reinking "should not have had weapons."

At the same news conference, Matt Espenshade, a Nashville-based assistant special agent in charge with the FBI, said that after the White House incident "every federal resource was brought to bear." He added that the agency was "able to effectively neutralize what we felt was the threat at the time by ensuring that he did not have the ability to purchase or own weapons and that those weapons were taken."

The FBI encouraged Illinois to revoke Reinking's firearms license and guns after being caught inside a restricted area at the White House last summer. He apparently wanted a meeting with President Trump and refused to leave.

The Washington, D.C., arrest was not the first time, according to reports, that Reinking had come into contact with law enforcement. In May 2016, Reinking told deputies from Tazewell County, Ill., that singer Taylor Swift was stalking him and hacking his phone. The Associated Press reported that Reinking told police in August he wanted to file a report about 20 to 30 people tapping into his computer and phone and people "barking like dogs" outside his residence.

Tazewell County Sheriff Robert Huston told AP that after Reinking's firearms were seized, deputies returned the guns to Reinking's father on the promise that he would "keep the weapons secure and out of the possession of Travis" — an act that was in accordance with Illinois law if Reinking's father had a firearms license of his own.

But, as was the case with Reinking, laws are different state to state. And a restriction in one state doesn't always translate to another — even if it was intended to.

Susan Niland, a spokeswoman with the Tennessee Bureau of Investigation, said even though Reinking was forbidden to have guns in Illinois, it didn't mean he couldn't have them in Tennessee.

"It does not appear that there is anything in his record that would have been deniable from our end," Niland said. TBI is the local agency that approves background checks for firearm purchases.

Niland added that the agency has various records and indexes that are checked when someone is attempting to purchase a firearm. One item, she said, is whether that individual has been disqualified by another state. However, there was nothing in the TBI system that flagged Reinking as one of those people, she said. The gun Reinking used in the shooting was purchased in Illinois, police said. But he could just as easily have bought it in Tennessee if he had wanted to.

At the state Capitol on Monday, Tennessee Democrats pushed to close what they see as a loophole in the state's gun laws. They want to make it a misdemeanor under Tennessee law for people to possess firearms after they've been ordered elsewhere to give them up. However, the measure is unlikely to pass in a Republican-dominated Legislature.

John Harris, an attorney and the executive director of the Tennessee Firearms Association, puts only so much stock in gun laws preventing shootings like the quadruple homicide at the Waffle House.

"Would he have been just as likely to kill someone in Illinois?" Harris asked. "I'd say yeah, just as probable. Because I think if he really wanted them he could have gotten the guns." 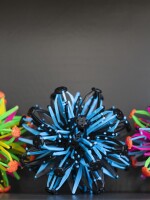