The Federal Emergency Management Agency has released an internal assessment of its performance during last year's hurricane season. The results are not good. The after-action report cited problems across multiple storms but especially in the agency's response to Hurricane Maria, the storm that hit Puerto Rico last October. Among the findings, FEMA says it failed to prepare properly for the storm and failed to provide enough supplies to the island. NPR with PBS's "Frontline," documented much of what is in this report earlier this year in a series that stemmed from a trove of leaked internal agency emails and memos. NPR correspondent Laura Sullivan wrote those stories, and she's read the new report, and she's with us now in our studios in Washington, D.C. Laura Sullivan, thanks so much for talking with us.

LAURA SULLIVAN, BYLINE: Thanks so much for having me.

MARTIN: Now, this is a report that FEMA did on itself. You've read the report. What does it say?

SULLIVAN: So this is really the first time we've seen FEMA acknowledge the magnitude and the extent of the problems that it had, especially in Puerto Rico. I mean, the report found the agency's emergency supply warehouses were nearly empty when the hurricane hit. There was not a single tarp or cot. Most of the supplies had been rerouted to the U.S. Virgin Islands for Irma, which had struck two weeks earlier.

But what is most stunning is that the report finds the agency, as a whole, was unprepared for the hurricane season. It says FEMA was understaffed. It didn't have enough contracts or the right contracts in place. It also criticizes the agency's staff, noting that an undisclosed number of employees were lacking what it called certification. And this really echoed an internal memo that we've reported on that found that half the staff sent to Puerto Rico to help were either, quote, "untrained" or "unqualified."

MARTIN: I think people who were watching this story, paying attention, saw that the island suffered in the dark for months after the storm. Did the report address whether that needed to happen or whether it needed to last as long as it did?

SULLIVAN: Well, right. So in the immediate aftermath of the storm, what Puerto Rico needed was generators. And FEMA ultimately installed more than 2,000 generators, which is a record number for any disaster. But the day of the storm, FEMA only had 31 generators on the island - on the entire island. And what the internal assessment really takes the agency to task for is that the agency knew in advance that it was going to be this bad. FEMA has repeatedly insisted for months that the delays and the slow response was a product of the storm itself. Michael Byrne, the federal coordinating officer for Maria, told me if there's a villain here, it's the 190-mile-an-hour winds and the 50 inches of rain. And what this report found is that that's not entirely true.

As far back as 2012, the agency knew from disaster-planning exercises that the island was going to need significant federal intervention. And yet, when FEMA showed up, the report says they didn't bring enough satellite phones. They didn't have enough tarps. They didn't have a way to communicate across the island. They didn't know what supplies were coming in. The report found shipping containers arrived in Puerto Rico labeled simply disaster supplies, requiring FEMA staff to open them up, pull them out and see what was in there.

MARTIN: What has been the response to this report so far, both inside and outside of the agency?

SULLIVAN: Outside of the agency, lawmakers, especially Democrats on the Hill, have been critical, which is not too surprising. Congressman Bennie Thompson, a Democrat from Mississippi, wants to know why the problems the report outlined were so much worse in Puerto Rico than in Florida or Texas after their storms, and he says he's also concerned that he's not seeing major improvements at the agency in the months since. But down in Puerto Rico, many people are feeling vindicated. Many have argued since the days after the storm that there were problems with FEMA and were often criticized themselves for it.

President Trump, at one point, responded to questions about the response, saying, Puerto Ricans, quote, "want everything done for them." And San Juan Mayor Carmen Yulin Cruz, who ended up in her own verbal battle with Trump, said she believes this report shows FEMA was negligent in how it responded to the island. Inside the agency, FEMA Administrator Brock Long, published a response acknowledging that the agency had work to do. He said the report gives FEMA the, quote, "opportunity to learn from the 2017 hurricane season and be more prepared for the next one." And that hurricane season is now a month underway.

MARTIN: That is NPR's Laura Sullivan. Laura, thank you so much.

SULLIVAN: Thanks for having me. Transcript provided by NPR, Copyright NPR. 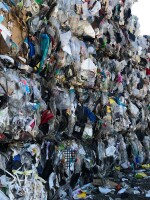