All right. Four major drug companies made a last-minute $260 million settlement this week, avoiding what would've been the first federal trial over the opioid crisis. This deal does only apply to two counties in Ohio, which means thousands of lawsuits brought by state and local governments are still pending. But what about hospitals? They are also on the front lines of the overdose epidemic, yet they have had a tougher time deciding whether litigation is a good idea or not. Hundreds of hospitals have sued, but most have not. And Blake Farmer of member station WPLN in Nashville explains why.

BLAKE FARMER, BYLINE: The opioid epidemic shows up in every emergency room. Opioid overdoses cost hospitals billions of dollars a year, but that's just the start. There are also patients who end up spending weeks being treated for serious infections related to their IV drug use.

BILLY SULLIVAN: You can just relax.

FARMER: Dr. Billy Sullivan at Vanderbilt University Medical Center places his stethoscope on the back of Traci Grimes (ph) of Nashville, listening to her weakened heart.

GRIMES: I do have chest pain sometimes. Like, last night, for example...

FARMER: Grimes is in recovery from her opioid addiction but only after surviving a brush with death this summer. Bacteria found its way to her heart, called endocarditis.

GRIMES: As soon as I got to the hospital, I had to be put on an ice bath. I thought I was going to die - you know, literally. And they said I wasn't far away from death.

FARMER: She had multiple procedures and was treated for pneumonia and hepatitis A. She needed an intravenous line placed in her arm for a month. Most patients could be sent home with that but not someone with a history of illicit IV drug use who could misuse it to inject other substances. Grimes is 37 and grateful for the care she received. But like most patients in her situation, she's uninsured and strapped for cash.

GRIMES: I can't pay a thing. I don't have a dime, so they do absorb all that cost.

FARMER: Hospitals estimate treating complicated patients like Grimes cost more than $100,000 on average. It's a leading reason cited by hospitals who've banded together in Tennessee, Arizona, Kentucky, Mississippi and West Virginia to file their own lawsuits against drugmakers. This is outside the big consolidated federal case in Ohio.

Gordon Gee has been urging other hospitals to join the suits. As president of West Virginia University, he oversees the state's largest hospital system.

E GORDON GEE: I think the more hospitals we have that want to be involved with this in some way, the better off we are. You know? There's always safety en masse.

FARMER: And by safety, Gee is referring to a central concern for hospitals weighing the risk versus reward of going to court.

GEE: I suspect there are some hospitals and others who are afraid that - gee, if they get into it, those who are on the defense side will point out, well, maybe hospitals were really the problem.

FARMER: Until recently, patients in the hospital were often prescribed large quantities of opioids, contributing to the opioid epidemic. Gee says hospitals could claim they were victims of dubious opioid marketing. Still, many high-profile hospitals are sitting out. They include Vanderbilt, which treats Grimes and costly patients like her.

But hospitals might benefit without having to put their names on lawsuits. In Oklahoma, the state recently won an opioid lawsuit. Hospitals weren't part of it. But Patti Davis with the Oklahoma Hospital Association says they're happy to see the payout will include money for treatment.

PATTI DAVIS: When we see treatment, we get very excited because it's our hospitals providing a lot of the treatment, certainly, in the ER and outpatient settings.

FARMER: But nationally, hospitals can't count on potential settlement money to trickle down to their bottom lines, says attorney Don Barrett. He's a Mississippi litigator helping hospitals sue in state courts. Two decades ago, when the target was Big Tobacco, Barrett was working for states. He says hospitals didn't join in, to his surprise.

FARMER: Some states did set up funds that might help people in the hospital stop smoking, but many are using the money to fill potholes and pay teachers.

BARRETT: We're not going to allow that to happen this time.

FARMER: Many of the hospitals who filed suit against drugmakers are in varying levels of financial distress. Barrett says they can't afford not to sue. 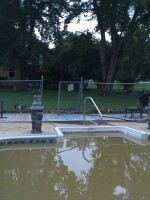 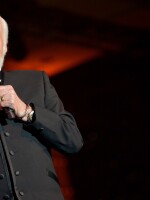 Blake Farmer
Blake Farmer is WPLN's assistant news director, but he wears many hats - reporter, editor and host. He covers the Tennessee state capitol while also keeping an eye on Fort Campbell and business trends, frequently contributing to national programs. Born in Tennessee and educated in Texas, Blake has called Nashville home for most of his life.
Latest Stories
Hey, thanks for reading.
KCUR serves the Kansas City region with essential news and information.
Your donation today keeps local journalism strong.
Donate Now