Fort Bragg Families Hold It Together While Troops Deploy

This is an uncertain time for members of the U.S. military community and their families. As tensions between the United States and Iran escalate, the Pentagon has deployed part of the 82nd Airborne Division to Kuwait. That division is based in Fort Bragg, N.C., and that is where we find Jay Price from member station WUNC.

RACHELLE HERTLE: And we thought that it was a drill because that happens, you know? You've got two hours. You need to come in.

PRICE: But this wasn't practice. This was real. They and their four kids were in Ohio visiting her terminally ill mother. They packed the kids in the car and started driving back. The 82nd Airborne is often referred to as the nation's 911 force. One of the division's three brigades of about 4,000 soldiers has to be ready to fly to a crisis area anywhere in the world in just hours.

Sgt. Hertle had gotten special permission to travel because of his mother-in-law's health issues. Rachelle Hertle said the drive back was tense. Telling their kids their father was deploying wasn't easy. Three are foster children, which made it even harder.

HERTLE: My biological child, Joshua, he is almost 9, and this is his third deployment. But for our other children, this is their first time being military children and then to finally bond with a father that they love who they're hoping will adopt them.

KAT BARTLETT: I'm hearing that a lot of them are deploying. A lot of them are on call to deploy. A lot are gone. Some are coming in, and they're saying, this is my last coffee, so wish me luck.

PRICE: Around this base, there are few visible clues anything's out of the ordinary, other than hours-long traffic jams at the main gates because of heightened security checks. But the formal and informal support networks for the families have sprung to life, like Jill Jaragoske’s neighbors, who quickly noticed her husband's truck was gone and called to check in, and her friends, who are always ready to help.

JILL JARAGOSKE: Sometimes they'll order pizza and tell me, hey, dinner's coming; don't worry about it tonight, which is awesome. They've been known to leave cocktails on the front door - or front step (laughter), which is very much appreciated, especially at the end of the day.

PRICE: Jaragoske is a seasoned veteran of deployments, but it can still be tough. And this time, no one knows when the soldiers will be back.

HERTLE: I am just holding onto hope that he'll be home. And we will have one big, huge adoption party with daddy there. But if not, I do have a specific power of attorney and his blessing that I can sign that paperwork, and we'll celebrate when he gets home. But it just won't quite be the same.

PRICE: And it's not always clear when they'll be back. For NPR News, I'm Jay Price at Fort Bragg. 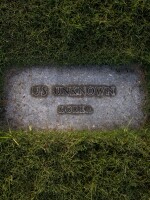