Buffalo are being restored to tribal lands throughout the Midwest

An Indigenous-led effort is returning buffalo to tribal lands across the Midwest. Some of the animals come from The Nature Conservancy’s buffalo herds.

Hundreds of buffalo raised in preserves throughout the Midwest will soon begin their journey to tribal lands across the country.

It’s part of an effort led by the InterTribal Buffalo Council, a network of 79 tribal nations that work together to distribute buffalo. This year the group plans to relocate some 1,500 buffalo to member nations through its Surplus Buffalo Program.

ITBC Executive Director Troy Heinert, who is Sicangu Lakota from the Rosebud Sioux reservation in South Dakota, has spent the past decade overseeing the restoration effort.

At their peak, millions of buffalo roamed throughout much of what is now the United States and Canada. By 1900, it’s estimated that only about 400 buffalo were left. The near demise of North America’s largest mammal was driven by the U.S. Army in the 1800s — a deliberate policy to weaken Native American tribes through starvation.

That’s why restoring buffalo, particularly under tribal management, is so important to Heinert.

“What we hope to have happen is as we restore buffalo back, it starts to heal that circle that we've been living in for the last 150 years,” he said.

The buffalo’s triumphant return from the brink of extinction is also a boon for tribal economies. Heinert said that some tribes have developed the capacity to manage buffalo commercially, by selling meat and hides.

About 750 of the buffalo going to tribal lands in the Midwest will come from The Nature Conservancy’s preserves in Iowa, Nebraska, Missouri, North Dakota, Oklahoma, Colorado, Indiana and Illinois.

That includes the Nachusa Grasslands in northern Illinois. It covers over 3,500 acres of restored tallgrass prairie and is home to one of The Nature Conservancy’s 11 buffalo herds.

Twenty buffalo were introduced at the Nachusa Grasslands in 2014, and 15 calves were born that following year, the first wild calves in Illinois in more than a century. Today the herd has reached a self-sustaining population of about 100.

Director Cody Considine said 30 buffalo will travel from the Nachusa Grasslands in coming weeks for their new homes on tribal land in northern Wisconsin.

“It is just an amazing feeling beyond the ecological and conservation opportunities that it represents,” he said of reconnecting buffalo with Indigenous people.

The 1,000-pound mammals are keystone species for prairie ecosystems, according to Elizabeth Bach, the Nachusa Grasslands ecosystem restoration scientist. She said buffalo help plants and animals thrive by grazing and stamping down the tallgrasses.

“They can change competition between plant species, they can transport seeds on their fur, they can kind of bring those seeds to the ground through their wallowing behaviors, and by trampling,” she said.

Bach said that buffalo aren't just an incredibly important part of the ecosystem, the animal is also a vital part of the country's cultural heritage.

“And it's really remarkable to have these animals on the landscape and to see them and to understand how they connect with people across North America and around the world,” she said. “And what that represents is really important.”

This marks the third year The Nature Conservancy has taken part in the ITBC’s program. To date it’s contributed around 270 animals to the restoration efforts.

Corrections: An earlier version of this story incorrectly referred to the InterTribal Buffalo Coalition. The correct name is InterTribal Buffalo Council. The story also stated about 100 buffalo were being sent from The Nature Conservancy preserves this year. That number is actually about 750 buffalo.

This story was produced in partnership with Harvest Public Media, a collaboration of public media newsrooms in the Midwest. It reports on food systems, agriculture and rural issues. Follow Harvest on Twitter: @HarvestPM. 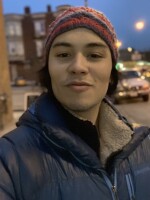