A recent feasibility study found that if crews cleared trees and other environmental features, the site could produce 500 megawatts, enough to power about one-third of the city’s homes.

Thousands of undeveloped acres near Kansas City International Airport could one day house one of the nation’s largest airport solar farms, capable of powering as much as one-third of Kansas City’s homes.

Kansas City has completed a feasibility study that outlines steps and challenges to bring a utility-scale solar farm to KCI. In the coming months, City Manager Brian Platt said, the city will solicit proposals from solar energy developers to work on the project.

“It’s our vision and goal to lead the way and to lead the charge with thinking outside the box and being bold and aggressive and innovative with trying to make any progress on fighting climate change here and reducing our carbon emissions,” Platt said.

The solar farm could have a capacity of 285 megawatts, according to the forthcoming feasibility study, with the appropriate upgrades to grid infrastructure. If crews cleared trees and other environmental features, the site could produce more like 500 megawatts, enough to power about one-third of the city’s homes.

Mayor Quinton Lucas said he’s been impressed by how large the facility could be.

It’s not the first attempt to bring a solar farm to the airport. Evergy, the investor-owned utility serving the Kansas City metro, scrapped plans in late 2020 for a smaller solar array atop a parking garage now under construction as part of the airport’s new terminal, according to Energy News Network. An engineering study found that arrangement could create a glare affecting air traffic controllers.

The utility’s spokeswoman, Gina Penzig, said in an email that Evergy is reviewing the feasibility study, completed by the Kansas City Aviation Department and two engineering firms.

“The study is encouraging, noting solid options to build meaningful solar at the airport,” Penzig said. “We remain interested in partnering with the city to build solar at KCI.”

Last year, the utility scaled back plans to add 700 megawatts of solar by 2024.

After the first iteration stalled, Platt said Kansas City officials are driving the process “with much more emphasis and focus and aggressiveness.”

“So we’re, we’re taking a new approach,” Platt said, “and we’re making sure that we get it done either way.”

The facility would have to be reviewed by the Southwest Power Pool, the regional grid Evergy belongs to. Upgrades to the grid necessary to accept all that new power could prove costly — estimated to be $62 million. But the feasibility study noted an interconnection study by SPP and Evergy would be necessary to determine that.

The feasibility study recommends officials take a phased approach. As a first phase, it suggests building a 35 megawatt array of more than 96,000 panels near the southern end of the site. It would take between $9 million and $15 million to upgrade the grid to accept all that power.

Platt said the plan could include building community-scale solar arrays small enough to not trigger studies by utility regulators while obtaining approval for the larger farm.

“We want to balance both,” Platt said. “We want to do a big production facility but also begin production as quickly as possible.”

The feasibility study did not outline a firm timeline, but regulatory and permitting processes could take several years.

Platt said the city could break ground on those smaller community-scale solar installations by the end of next year.

Officials haven’t settled on a financing scheme for the solar farm, Platt said.

“The ultimate goal for us as the city is that we’re spending few or zero taxpayer dollars to build this facility and that the facility pays for itself using the energy that is generated from the site,” Platt said. “We hope that it also doesn’t raise energy prices.” 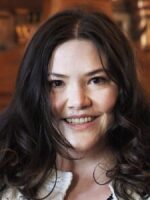