Here are some ways to get around Kansas City cheaply and safely during New Year’s celebrations this weekend, when police will be on the lookout for impaired drivers.

You might want to toast the New Year with friends, perhaps at a bar. But then you need to get home.

The National Safety Council predicts 408 people will die in car wrecks during the New Year’s weekend. Also, police across the Kansas City metro will be on the lookout for impaired drivers.

“Most of the DUIs that I see, the passengers will be very intoxicated, but the drivers say, ‘Well I only had one or two drinks,’ and then we end up arresting the driver for DUI,” says Kansas City, Missouri, Police Sgt. Corey Carlisle, DUI section supervisor.

Carlisle said people shouldn’t get behind the wheel after consuming any amount of alcohol or drugs, including newly legal marijuana.

"Whether it's alcohol or drug abuse, impairment is impairment," said Jen Wamsgamz, a program director for Mothers Against Drunk Driving. "We want everyone to take personal responsibility for getting yourself and your loved ones home over the holiday season."

Other than designating a driver, here are some alternatives to driving yourself home after a few beers or glasses of champagne.

Buses and the streetcar

Kansas City's streetcar and buses are free to ride. Kansas City Area Transportation Authority buses will run on a normal schedule on Saturday and holiday hours on Sunday. The Kansas City streetcar will also operate on normal hours, stopping an hour after midnight on New Year’s Eve and starting again at 8 a.m.

Cindy Baker, a spokesperson for the Kansas City Area Transport Authority, encouraged people to plan their routes before they go out, and especially taking the weather forecast into account.

“Just checking in with the website and checking the schedule first and dressing appropriately for the weather in case you gotta wait five or 10 minutes would be best,” she said.

“We really want to have people enjoy themselves responsibly, but just not drink and drive,” sad Melva Pete, chief human resources officer for Breakthru Beverage Missouri. “And that’s really the whole basis of it.”

The Missouri Department of Transportation and its Show Me Zero campaign is also offering the code SMZ2022 until New Year's Day that will take $10 off of Lyft rides.

Otherwise, riders can expect both Lyft and Uber to have higher prices due to higher demand on New Year’s Eve. Taxis might be a cheaper option, but passengers will likely need to call ahead. 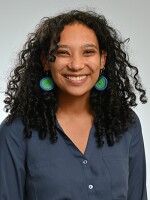