West of the city of Colorado Springs, trees charred by the summer's wildfire scar the steep foothills. The Waldo Canyon fire destroyed more than 300 homes in June.

Now, that devastated neighborhood is coming back to life, with construction workers swarming over half-completed houses. While many of its former residents are preparing to move back, some just want to move on.

In the days after the fire devoured their homes, shell-shocked residents tried to wrap their minds around what had just happened to them.

At the time, Wilson had just moved into a rented townhouse and was trying to figure out what came next. Earlier this month that "next" arrived. Wilson and her partner, Stephen Gandy, decided to buy a new house, well away from their old neighborhood.

"The view in the back is exquisite ... we see the mountains now," she says. "So the next fire, we'll watch, we won't be in it. We'll watch it come down the mountain."

Charred Keepsakes Of A Previous Life

Wilson may be safe from the next fire, but she's still holding on to relics of the last one. Out in the garage, she has a few of the things they unearthed in the ashes of her old house: a kettle, one of her favorite knives, pieces of pottery.

The contents of this blackened pot look like things you might unearth in an old mining cabin. But for Wilson, they're the last tangible reminders she still has of the life she lived in her old house, and the fire that took it away.

Wilson did consider trying to rebuild at her old home site. A lot of her neighbors are doing that. But she found the construction process overwhelming. And even once the new houses are built, the once-forested area won't ever be the same.

"It's a little sad. As weeks and weeks and weeks have gone by, all the needles and the leaves are off the branches now, and it looks like a vast area of toothpicks," she says.

Wilson is trying to move on, but starting over has its own pitfalls. She says her new house feels a bit like it belongs to a stranger, filled with recently purchased furniture.

"I haven't sat on that couch for years and cradled my boys on that couch. So I look at the couch and say, 'Oh that's nice, but whose couch is that?' " she says.

Friends have chipped in to make the new house feel as homey as possible, buying Christmas trees and supplying new ornaments to replace the ones Wilson lost. But none of them can equal the single, soot-black Christmas ball she amazingly recovered intact from the ashes of her old home. It was crystal, she says, "and now it's absolutely black."

Some people might want to hide such a stark reminder of the fire — but not Wilson.

"So we're going to put that right in the front part of the tree. We're doing our tree in white and red — fire and ice," she says, "and that will be our only non-white-and-red ornament on the tree, a black ball. But it holds a lot of significance now for us."

Wilson says before the fire, the ball was a favorite of one of her sons. She's waiting until he comes home for Christmas to hang it on the tree. 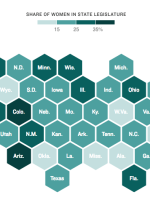