The global governing body of soccer, or football as the rest of the world calls it, has a big decision to make next week. Some in that group, known as FIFA, are rethinking their plan to hold the 2022 World Cup in the desert nation of Qatar in the middle of summer.

NPR's Mike Pesca reports on what he calls the Confluence of Football and Fahrenheit.

MIKE PESCA, BYLINE: At 99 miles in length and 55 miles in width, the Persian Gulf nation of Qatar is sometimes spoken of in English media as being half the size of Wales. It is occasionally written about in the American press as being about the size of Connecticut. One thing that no one says about Qatar is this: Qatar is hot.

Of course it's hot. Deserts get hot, especially in June and July when the World Cup is played to take advantage of the lulls in the schedules of the world's most prominent soccer leagues. And yet FIFA, and some soccer-playing countries that are members of FIFA, seem to have suddenly realized that booking a huge tournament at a time when the average temperature is 106 degrees may not be such a cool idea.

PESCA: It is possible to cool down stadiums but not an entire country, that's why FIFA needs to show the courage to play this World Cup in the winter.

Blatter went on to speak of...

PESCA: Medical evaluations into the effects of football played there during the summer. We need to take health into consideration.

Almost three years ago Blatter was upbeat as he presided over the gala ceremony, where FIFA awarded the event to its first Middle Eastern host over other bidding nations like the USA.

PESCA: Obviously when the Cup was awarded the climate was much different - actually no, it wasn't. But the mood was. This was, of course, before still unproved allegations of bribery and nepotism surfaced over the entire bidding process.

Temperature was a bit of a concern in FIFA's decision, but the word "hotel" showed up 10 times as often as the word "hot" in FIFA's official valuation of the Qatari bid. We'll cool the stadiums, soccer's poobahs said. But now, UEFA, the European soccer federation, has expressed a desire to change the games to winter. But some Europeans, like the leaders of the powerful English Premier League, oppose a winter World Cup, which would fall right in the middle of the EPL season.

Other European leagues and the Australian league also don't want the World Cup disrupting their schedules. The USA's Major League Soccer doesn't play in winter but Sunil Gulati, the most powerful American in the sport and a member of FIFA's executive board, does worry that a switch to a winter World Cup would pit soccer against American football for TV viewers. The Qataris are also adamant that their home is up to hosting.

PESCA: Hassan al-Thawadi, who heads the Qatar 2022 organizing committee, told the BBC that he is open to moving the event to winter, but that no one will take the event away from Qatar.

PESCA: Next week in Zurich FIFA will meet to decide on winter, summer or, as American Sunil Gulati advises, to postpone a decision, do some more research; to in effect, turn down the heat. 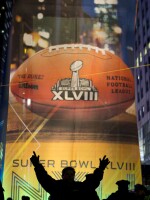