For decades, Cheng Chui Ping smuggled thousands of people from China to the United States. She created a lucrative business and a robust network that brought immigrants through treacherous routes. Cheng died of cancer last Thursday in a Texas prison.

The 65-year-old, whom some affectionately called "Sister Ping," leaves behind a complicated legacy. Authorities referred to her as the mother of all snakeheads, a term used to describe those involved with human smuggling. Cheng arranged for as many as 3,000 people — most of whom were from China's Fujian province — to make their way illegally to the States. Her smuggling business collected a fortune of $40 million over two decades, and she charged as much as $35,000 per person. She also helped finance the now-infamous Golden Venture, a vessel carrying nearly 300 starving immigrants that ran aground in Queens, N.Y. leaving 10 of the passengers dead.

Cheng was ultimately arrested in the FBI's efforts to bust the notorious Fuk Ching gang, with which she had worked. In 2006, she was sentenced to 35 years in federal prison. (Her sentence was the maximum she could have received; her lawyer had tried to argue that her sentence shouldn't be harsher than the sentences of the gang members who'd testified against her, one of whom had confessed to eight murders.)

An assistant U.S. attorney who helped prosecute Cheng called her "one of the most powerful and most successful alien smugglers of our time." Cheng is also described by some from New York's Chinatown as having an "international brand" — she was considered reliable and efficient — in the difficult and risky human smuggling trade. But that reputation didn't come without violence.

"They said, for those who made the trip safely but could not pay, Ms. Cheng sent vicious gangs to abduct and beat, torture or rape them until relatives made good on their debts," the New York Times' Corey Kilgannon and Jeffrey Singer reported.

Despite the violence, Cheng was widely popular in New York's Chinatown..

Patrick Radden Keefe, author of TheSnakehead: An Epic Tale of the Chinatown Underworld and the American Dream, which looks back at the Chinese human-smuggling underworld, wrote in the New Yorker almost a decade ago:

"In fact, [Ping] handled accidents in a way that drew more customers: when passengers were caught by immigration officials, she would forgive the balance of her fee; when passengers died, she paid for their burial. Sister Ping's name became so highly esteemed that other snakeheads fraudulently claimed to be affiliated with her in order to attract business."

Many in New York's Chinatown praised Cheng following news of her death.

"We can only say good things about her," one immigrant she smuggled to the states told the New York Times. Another called her a "modern day Robin Hood." 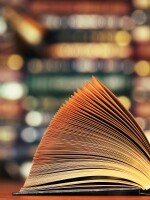