In Charlotte, N.C., Police Use Simulators To Engage Community Amid Distrust

Usually police simulators are tucked away in training academies. But in a Charlotte, N.C., middle school gym, a crowd of 100 people watches Capt. Rob Dance as he leads a teenager through a simulated traffic stop that goes bad.

The simulator lets out several loud bangs. Dance notices the teen is nervous, his hands are shaking.

It's part of the effort to bridge the disconnect between what police do and how people see it. Most of the attendees are African-American, many from surrounding neighborhoods with crime problems. It's not that easy to pick out the officers from the crowd. For the most part, they're wearing jeans and khakis.

Charlotte hasn't seen the intense unrest of other communities spurred by high-profile police shootings of black men. Still the department wants to be ahead of the problem and address the mistrust that is out there. Shaun Corbett, a barber who came up with the idea for the forums, role-plays with the officers.

"Do I look like I break into houses or sell drugs or rob people?" he asks. "No, I have on my school uniform. So why are you bothering me?"

In 2013, a white Charlotte police officer shot and killed an unarmed black man. The officer was arrested right away. His manslaughter trial is this summer. That incident didn't come up during the forum, but the recent shooting in North Charleston, S.C., did. Charlotte Chief Rodney Monroe says murder is murder. There's no reason to shoot a fleeing man who appears to be unarmed.

"What is the process of weeding out those officers that are just bad seeds?" Yasmin Young, an attendee, asks.

Monroe tells the crowd that identifying those officers is partly up to the community. He encourages them to file racial-profiling complaints to police.

"If someone treats you — or mistreats you — in a way you do not believe is correct, you have to say something," he says. "African-American males between the ages of 16 and 25 years old are the least likely individuals to ever complain on a police officer."

But according to the Bureau of Justice Statistics, African-Americans get searched the most by police. In Charlotte, Monroe says many of those stops happen in crime-ridden areas. Officers say they have to question people, even if they're not involved in a crime.

Bobby Howard has been stopped and searched a lot. He's frustrated.

"Most neighborhoods, they always pull you over, they stop you, they frisk you because they say you're in a drug-infested area," he says. "OK, well everything's drug-infested. So, if that's the case, you can stop anyone anytime, you know what I'm saying?"

Howard doesn't leave the forum with a better opinion of police but he does have a clearer sense of the challenges officers face. He plans to tell people in his neighborhood, if stopped, to always keep their hands where police can see them. After all, he says, officers have their own fears. 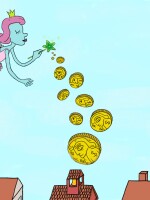 Lisa Worf
Lisa Worf traded the Midwest for Charlotte in 2006 to take a job at WFAE. She worked with public TV in Detroit and taught English in Austria before making her way to radio. Lisa graduated from University of Chicago with a bachelor’s degree in English.
See stories by Lisa Worf
Latest Stories
Support news that matters in Kansas City
KCUR serves the Kansas City region with breaking news and powerful storytelling.
Your donation helps make non-profit journalism available for everyone.
Donate Now