And here in the U.S., the United Auto Workers is kicking off negotiations on new contracts with the Big Three in Detroit. For the first time in eight years, workers at all these main U.S. automakers could strike. But as Michigan Radio's Tracy Samilton reports, there's been very little saber-rattling from the union or the companies.

TRACY SAMILTON, BYLINE: Talks between the Detroit automakers and the United Auto Workers traditionally start with a ceremony featuring conciliatory remarks, a handshake, a photo op. It's all very cordial. Here's UAW President Dennis Williams at the GM ceremony.

DENNIS WILLIAMS: These negotiations will not be easy, but they are no more difficult than those we've had in the past.

SAMILTON: The CEOs, like GM's Mary Barra, play their parts.

SAMILTON: So now the gloves come off, right? Each side unrolls its list of demands, and the bruising battle begins. Well, not exactly. Remember, when the automakers had their brush with death in 2009, so did the union. UAW President Dennis Williams says keeping Detroit companies competitive is now the union's job, too.

WILLIAMS: That's how we gain market share, that's how we get profitability, and that is the true mark of job security.

SAMILTON: Art Schwartz says this truly isn't empty talk. He was a contract negotiator at General Motors in the 1980s. Back then, the bargaining teams really did come to the table with a list of opposing demands.

ART SCHWARTZ: We kind of thought there was a fixed pie of money, if you will, and that the argument was who gets what share of the pie. Well, now everybody sits down and tries to figure out how you make the pie bigger.

SAMILTON: These days, negotiators aim for joint problem solving, but it's still incredibly hard to do. U.S. labor costs at the Detroit Three remain higher than at Honda and Toyota. GM and Chrysler's pension plans are woefully underfunded. And some workers grumble that it's been forever since they've had an hourly wage increase.

SCHWARTZ: It's been 10 years since they've had one. If they don't get one in this contract, it'll be 14.

SAMILTON: The union wants to narrow the wage gap between higher seniority workers and newer hires who get paid about half as much. And all three of the companies worry about higher health care costs that kick in in 2018. So could there be a strike? Sure there could. But UAW President Dennis Williams say a strike signals a failure.

WILLIAMS: And I'd be very disappointed if that would have to occur.

SAMILTON: The union and Fiat Chrysler have their kickoff ceremony today. Ford is next week. Soon after that, the union will announce which company it will decide to negotiate with first. For NPR News, I'm Tracy Samilton. Transcript provided by NPR, Copyright NPR. 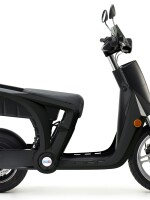 Tracy Samilton
Tracy Samilton covers the auto beat for Michigan Radio. She has worked for the station for 12 years, and started out as an intern before becoming a part-time and, later, a full-time reporter. Tracy's reports on the auto industry can frequently be heard on Morning Edition and All Things Considered, as well as on Michigan Radio. She considers her coverage of the landmark lawsuit against the University of Michigan for its use of affirmative action a highlight of her reporting career.
See stories by Tracy Samilton
Latest Stories
Support news that matters in Kansas City
KCUR serves the Kansas City region with breaking news and powerful storytelling.
Your donation helps make non-profit journalism available for everyone.
Donate Now