University of Missouri Chancellor R. Bowen Loftinannounced Friday that the University will “defer implementation” of its decision last week that would have stopped graduate student health insurance subsidies.

The University will continue to pay health insurance subsidies to eligible graduate students.

When asked what had changed between last Friday and this Friday, Chancellor R. Bowen Loftin said simply “time.”

“Clearly we did not give people appropriate notice about this,” Loftin said. “And it weighed heavily on us over the weekend and the early part of this week.”

Loftin said the reversal of the decision comes after many conversations with people both inside and outside the University including “external experts and leadership, along with consultation with peer institutions, compliance experts and internal constituents.”

After these conversations, the University decided to take on the risk of the IRS fines, as Loftin said other universities have done. But he was sure to add that eliminating healthcare subsidies is still not off the table.

“We're not saying we won't do this,” Loftin said. “We’re simply saying give us the time to work through this as a group, as a family, and figure out the best possible answer.”

Loftin said the elimination of subsidies is not the ideal situation and added that he hopes the University can find a creative solution that simultaneously meets the IRS standards, is financially possible for the university and provides support for graduate students.

In an attempt to achieve this goal, he has created a task force that will study the issue of graduate student health insurance subsidies and give him recommendations by the end of November.  And a decision on the subject will hopefully be made by January 2016.

“So if we were, for example, to come back to the original choice to end the insurance payments we have made in the past, we would give eight months notice, not one day notice in that process,” Loftin said.

Loftin acknowledged that the notice given to students before the announcement last week was “insufficient,” but he now hopes the University will have the time to properly examine the issue and engage campus in the decision – even at the risk of high IRS fines.

“The risk we're taking now is in part because I want us to go back and really think about how we engage with our students and others - faculty and staff here about these kinds of decisions,” Loftin said.

When asked how the University will handle the fines if the IRS were to enforce them he joked “perhaps a garage sale.”

“Seriously if the IRS were to impose the full penalty for an entire year, which I suppose they could,” Loftin said. “The cost would probably bring the university down. It would be over a $100 million of liability.”

But he added, at this point, there have been no examples of either investigations or fines levied by the IRS when it comes to this interpretation.

Kristofferson Culmer is the President of the National Association of Graduate-Professional Students and a computer science Ph.D. candidate at MU. He said the Association was still working on their official statement Friday, but it is pleased to see the University will be providing health insurance for the next year.

“But,” Culmer added. “There needs to be a long term fix in plan.”

“We're going to continue to advocate nationally on that because everything is still up in the air and this could potentially affect thousands of grad students across the country negatively,” Culmer said.

Culmer said he was uncertain if the walkout next Wednesday would continue as planned, but he believes graduate students are still concerned about a long-term solution to their insurance issues and their other demands issued earlier this week, which were not addressed directly in the Chancellor’s announcement.

Hallie Thompson is a plant science Ph.D. candidate and the President of the Graduate Professional Council, the official student government for graduate students at MU.

She said the Council will have an official response soon, but shared her personal response in this written statement:

“It is a victory that graduate students have been restored to the status quo. However, this movement has been a chance to bring other issues to light and to, more importantly, bring students together.

We truly hope this will be an opportunity to work on some longstanding issues going forward, and to make meaningful change for the graduate students at MU.”

Response to graduate student demands and update on health insurance

MU, like other universities, continues to navigate a complex health insurance regulatory environment. Continuing the previous practice will allow time for a clearer understanding of federal guidelines and consideration of options and incorporation of input from the Task Force led by Dean Kris Hagglund as well as students, faculty, administration, staff and external experts.

As a research university, MU places extraordinary value on graduate student contributions to our scholarly and campus community.  We are committed to being a place where graduate students thrive as they earn their degrees.

We have received and discussed the letter of August 18 from the Forum on Graduate Rights. In addition to health insurance, this letter addresses a number of issues that are closely linked to the university’s budget.  MU’s budget priorities are addressed through shared governance, primarily through the Budget Allocation and Advisory Committee, in which graduate students have ongoing representation.

Given the complexity of these issues, MU’s leadership is committed to ongoing dialogue withelected representatives of the Graduate and Professional Council and other interested parties to discuss each of the issues raised in detail and seek graduate student input on these priorities.  Last spring, the Office of Graduate Studies formed a task force on the graduate student experience.  We will expand the charge and membership of this group as a means of addressing graduate student concerns. 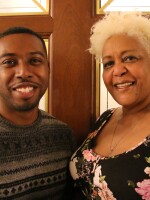 Rebecca Smith
Rebecca Smith is a reporter and producer for the KBIA Health & Wealth desk. She was born and raised in Rolla, Missouri, and graduated with degrees in Journalism and Chemistry from Truman State University in May 2014. Rebecca comes to KBIA from St. Louis Public Radio, where she worked as the news intern and covered religion, neighborhood growth and the continued unrest in Ferguson, M
See stories by Rebecca Smith
Hungry For MO returns!
KCUR's podcast Hungry For MO is back with more stories about Missouri’s iconic foods, from barbecue to pizza and beyond.
Subscribe now
Latest Stories
Support news that matters in Kansas City
KCUR serves the Kansas City region with breaking news and powerful storytelling.
Your donation helps make nonprofit journalism available for everyone.
Donate Now