The NCAA has slapped the University of Missouri men's basketball team with several penalties for violations going back to 2011.

The NCAA investigation found donors compensated several players and prospects with money, iPads and transportation through a summer internship program, among other infractions.

Penalties include vacating all wins during the 2013-2014 season, the loss of two scholarships, and a ban for postseason play for the current season, which includes the SEC tournament. The team will also pay a $5,000 fine.

Current head coach Kim Anderson said in a statement he is disappointed the actions of a few individuals have put the program in this situation and that they will come out of it stronger as a team and staff.

See the full list of violations and penalties here. 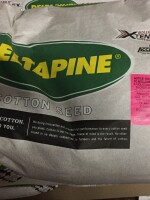 Kristofor Husted
Kristofor Husted is a senior reporter at KBIA in Columbia, Mo. Previously Husted reported for NPR’s Science Desk in Washington and Harvest Public Media. Husted was a 2013 fellow with the Institute for Journalism and Natural Resources and a 2015 fellow for the Institute for Journalism and Justice. He’s won regional and national Edward R. Murrow, PRNDI and Sigma Delta Chi awards. Husted also is an instructor at the Missouri School of Journalism. He received a B.S. in cell biology from UC Davis and an M.S. in journalism from Northwestern University.
See stories by Kristofor Husted
Latest Stories
Hey, thanks for reading.
KCUR serves the Kansas City region with essential news and information.
Your donation today keeps local journalism strong.
Donate Now