Adnan Syed is seeking a new trial. Now, if you know the hit podcast "Serial," you know who we're talking about. Syed was convicted of murder by a Baltimore city court in 2000. He spent more than 15 years in prison for the crime. And if he gets that new trial, it'll come at least in part because of the podcast. Andrea Seabrook was in the courtroom for hearings this week in Baltimore, and she brings us this report.

ANDREA SEABROOK, BYLINE: First, a few facts. In January of 1999, a high school student in suburban Baltimore went missing. Her name was Hae Min Lee. A few weeks later, her body was found in a shallow grave in a park. Not long after that, police arrested Hae Min Lee's ex-boyfriend, Adnan Syed, and charged him with her murder. At trial, prosecutors made the case that cellphone data plus the lack of a solid alibi, among other things, meant Adnan Syed was guilty. The jury convicted. Now, flash-forward some 16 years. It's a cold, gray morning outside the Baltimore city courthouse, but still, there's a line to get in. Baltimore County teacher Joel Brusewitz is in it.

BRUSEWITZ: I had a hard time trying to calm them down in terms of finding out a lot of information about this case that I didn't even know and going ahead in the case, and that was really an incredible experience.

SARAH KOENIG: From "This American Life" on WBEZ Chicago, it's "Serial," one story told week by week. I'm Sarah Koenig.

SEABROOK: "Serial," the podcast that took the listening world by storm. It turned up all kinds of questions about the evidence used to convict Adnan Syed. For example - the location data from Syed's phone. The prosecution used it as a clincher. He was at the grave site, they argued. But now, after "Serial," it's not clear how accurate those records were. Another thing - prosecutors argued Syed had killed his ex-girlfriend after school. But another high school girl named Asia McClain said she'd hung out with him in the library that day after school. That's a potential alibi, but Syed's attorneys at the time never contacted Asia McClain. She only re-emerged after she heard "Serial."

So here's what happened the past few mornings in that Baltimore city courtroom. Adnan Syed's been led in, in chains. The judge, on the bench. Attorneys face him. The room is full of journalists, family and the public. Just about everyone has heard the podcast "Serial." Oh, and Sarah Koenig, "Serial's" host, she's been there, too, watching, covering the proceedings, filing a new podcast every night. Like, after that alibi witness she dug up, Asia McClain was called to testify.

KOENIG: Like, I don't even know totally how to talk about it, but, like, "Serial" was a part of her testimony...

KOENIG: So that was also just a very strange, a little bit surreal, like, is this happening (laughter) right now...

SEABROOK: It's like a crazy meta-feedback loop where journalists dig up witnesses and evidence which are then used in the court proceedings which are then covered by journalists. No matter how you look at it, it is fascinating. But after sifting through all this, the judge will decide whether Adnan Syed gets a new trial. For NPR News, I'm Andrea Seabrook. Transcript provided by NPR, Copyright NPR. 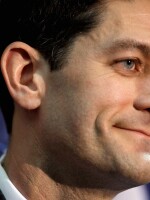